What is the best currently known and ideally also production-verified approach for sampling environment maps (EM) in a MIS-based uni-directional path tracer and similar types of renderers? I would prefer solutions which are reasonably complicated while reasonably functional to those which provide perfect sampling at cost of super complicated and hard-to-understand implementation.

What I know so far

There are some easy ways of sampling EMs. One can sample the needed hemisphere in a cosine-weighted manner, which ignores both the BSDF and the EM function shapes. As a result, it doesn't work for dynamic EMs: 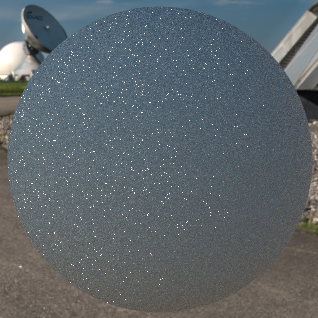 To improve the sampling to a usable level, one can sample the luminance of the EM over the whole sphere. It is relatively easily implemented and the results are quite good. However, the sampling strategy is still ignoring the hemispherical visibility information and the cosine factor (and also the BSDF), resulting in high noise on the surfaces which are not directly lit by high-intensity areas of the EM: 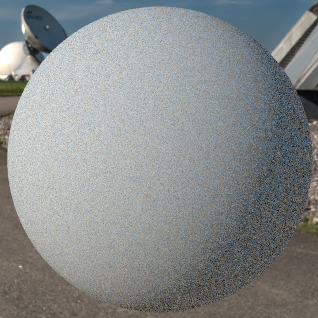 I have found a few papers on the topic, but have not read them yet. Is any of these worth reading and implementing in a forward uni-directional path tracer, or is there something even better?

rendering sampling pathtracing importance-sampling ibl
Share
Improve this question
edited May 14 '16 at 11:03
ivokabel
asked May 4 '16 at 21:54

In this paper they propose a method for sampling the product of the clamped cosine component and environment map lighting:

They make use of the fact that a piece-wise linear approximation of the product function can be relatively well expressed and partially pre-computed using the first nine spherical harmonic bases. They build this approximation on top of an adaptively triangulated EM and use it as an importance function for sampling.

The sampling procedure consists of selecting a triangle and sampling its area:

To me, this looks like a promising technique, but the classical question with papers is how it will behave in the real life. On the one hand, there may be pathological cases when the EM is hard to approximate with triangulated piece-wise linear function, which can lead to an enormous amount of triangles and/or to poor sample quality. On the other hand, it can instantly provide a relatively good approximation of the whole EM contribution, which can be useful when sampling multiple light sources.

In this paper they propose a method for sampling the product of environment map lighting and cosine-weighted surface reflectance:

The only pre-processing in this method is computation of a hierarchical representation of the EM (either mipmap or wavelet based). The rest is done on the fly during the sampling.

The procedure should generate relatively good samples at the cost of heavy pre-computation – they show that roughly 100–200 BRDF samples are needed for BRDF approximation to achieve the best sampling performance. This may make it suitable for purely direct illumination computations, where one generates many samples per shading point, but is most probably too expensive for global illumination algorithms (e.g. uni- or bi-directional path tracers), where you usually generate only a few samples per shading point.

Disclaimer: I have no idea what is the state of the art in the environmental map sampling. In fact, I have very little knowledge about this topic. So this will not be complete answer but I will formulate the problem mathematically and analyze it. I do this mainly for myself, so I make it clear for my self but I hope that OP and others will find it useful.

The question is: How do we choose the pdf $p$ such that we are able to generate the samples in acceptable time and the variance of the above estimator is reasonably small.

Based on the names of mentioned papers I can partially guess what they do(unfortunately I do not have the time and energy to read them right now). But before discussing what they most probably do, let's talk about power series a little bit :D

Now, let's have a function defined on sphere e.g. $f(\omega)$. Such a function can be also expanded in similar fashion as function of one real parameter $$ f(\omega) =\sum_{k=0}^\infty \alpha_k S_k(\omega) $$ where $\alpha_k$ are constants and $S_k(\omega)$ are spherical harmonics. Spherical harmonics are normally indexed by two indices and are written as function in spherical coordinates but that is not important here. The important thing is that $f$ can be written as a sum of some known functions.

So how is this all useful?

Actually we no longer need Monte Carlo because we can calculate values of the integrals $\int_{S^2} S_k(\omega_i) S_n(\omega) S_p(\omega_i) d\omega_i$ beforehand and then evaluate the sum(actually approximate the sum, we would sum only first few terms) and we get desired result.

This is all nice but we might not know the expansions of BSDF or environmental map or the expansions converge very slowly therefore we would have to take a lots of terms in the sum to get reasonably accurate answer.

We already know how to do this for $K=0$, this is nothing but the method one. My guess is, it is done in one of the papers for higher $K$.

So this is my take on the topic, I hope you have found it at least a little bit useful and now I'm off to GoT and bed.

While the product sampling methods provides better (perfect) distribution for rays I would say that using MIS (multiple importance sampling) is a method verified in production. Since shadowing information is unknown product sampling doesn't become perfect anyway and it is quite hard to implmenet. Shooting more rays might be worth more! Depends on your situation and ray budgets of course!

Short description of MIS: In essence you trace both a BSDF-ray (as you would anyway for doing indirect lighting) and an explicit ray towards the EM. MIS give you weights so that you can combine them in a way that removes a lot of the noise. MIS is especially good at choosing "technique" (implicit or explicit sampling) based on the situation that arises. This happens naturally without the user having to make hard choices based on roughness etc.

Chapter 9 of http://graphics.stanford.edu/papers/veach_thesis/ covers this in detail. Also see https://www.shadertoy.com/view/4sSXWt for a demo of MIS in action with area lights.

Not the answer you're looking for? Browse other questions tagged rendering sampling pathtracing importance-sampling ibl or ask your own question.