What effects are used to light this scene? 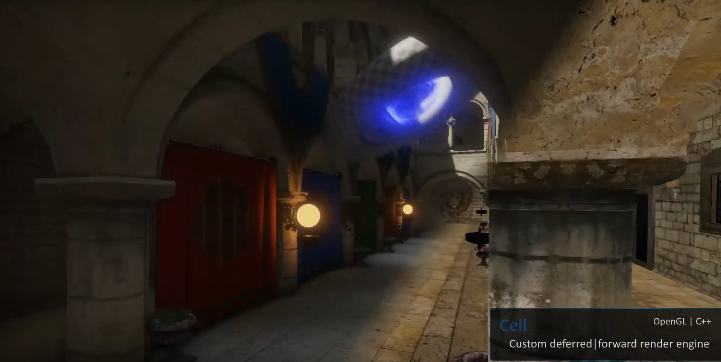 I am interested how that image on the right of the slider (just albedo) can produce such a realistic looking scene as the scene on the left. What effects (at a minimum) does this scene seem to be using. ie. what rendering features would be necessary to reproduce this scene? Thanks

Apologies for the poor quality screenshot, for reference, it is taken from Joey de Vries 2017 tech reel at about the 1:05 mark.

The rendering engine that rendered this image is using a technique called deferred rendering, which first writes scene information (as seen from the camera) to seperate buffers (such as position, normal, and albedo buffers) and then calculates lighting for the image based off this information. It is important that we have position and normal buffers on top of the albedo buffer so that lighting can be calculated at each pixel (these buffers are not visible in your example, but they are there under the hood). As an example, take a look at the image below that shows the different buffers of an engine I worked on - it may help to better understand what is going on. 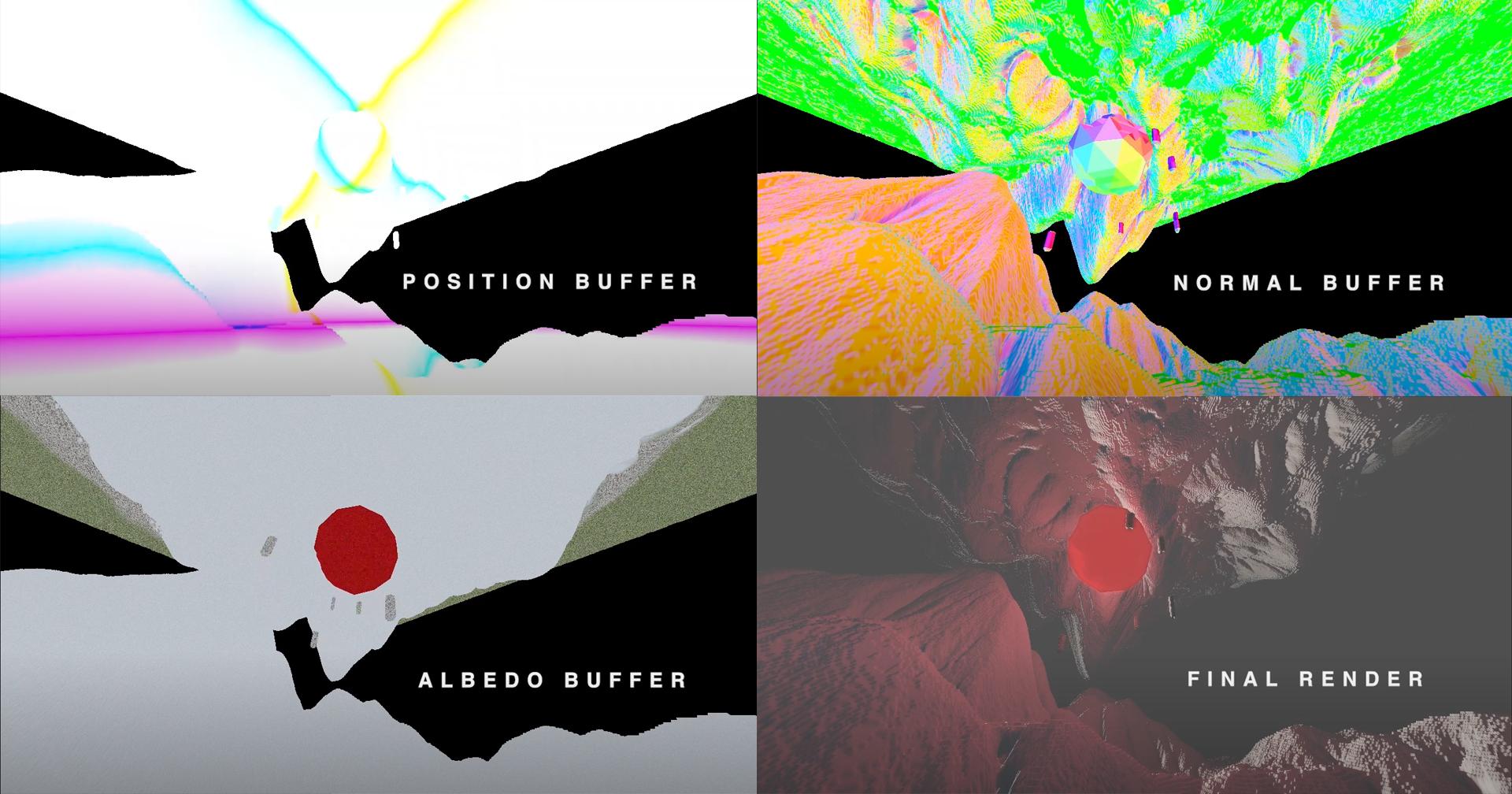 A full list of the rendering features can actually be found at the 1:02 mark of the video, I have attached the image here to make it easy to see. It may be worth googling what each individual post-processing effect does so that you can better understand the effect they have on the overall image. 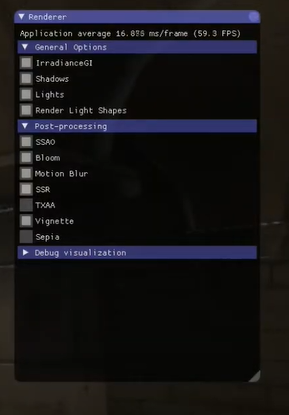 Hope this was of help :)

Not the answer you're looking for? Browse other questions tagged rendering lighting shading or ask your own question.

6
What is the basis of rendering light caustics?
13
What physical properties are “lacking” to keep this 3D scene from looking like a real photograph?
17
What are Spherical Harmonics & Light Probes?
5
Formula for the ambient light intensity of a scene?
0
What program can bake transparent light maps?
3
Iridescence/Thin-film interference integration as a layer
1
What is the algorithm used for phong shading normal interpolation?
2
Point light illuminating only half of a scene
6
What is a vertex normal used for?