Why do games only allow certain resolutions?

Only a few games have resizable windows when running in full screen mode. All others have a finite fixed set of allowed resolutions. But why? I see some reasons, but none of them seems to be that important to me that would justify such a user-unfriendly feature.

Let's use Dark Souls II, because it's the first I can think of. The allowed resolutions are:

Note that in your Dark Souls example, all the resolutions listed are the exact same aspect ratio. So the question is, why doesn't it support arbitrary aspect ratios?

The answer is that it costs time and effort to support arbitrary aspect ratios, and if that money spent doesn't translate to increased profit, then it doesn't make sense to do.

For example, take the following scene: 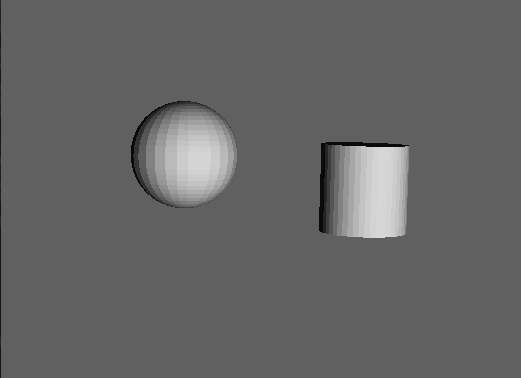 If we allow the user to change the horizontal size, we can decide to "zoom out" horizontally so that the same area still shows up horzontally but now we can see more vertically.

Or, instead, we can keep the same zoom level but just clip the viewing area more:

Note, that if you don't specifically handle the changing aspect ratio, the default graphics pipeline behavior will be to stretch the image:

These decisions take time and effort to design, code and test, but management has to decide if it actually makes the user experience better enough to be worth the time. Apparently, most games have decided its not worth the effort. I'd even go further and suggest that allowing users to screw up the best layout of the game is a bad feature.

Not the answer you're looking for? Browse other questions tagged rendering frame-buffer or ask your own question.

10
Why for perfect reflections a surface must have G2 continuity?
0
Only show opaque objects behind transparent objects
5
What are the benefits of downscaling on modern games?
4
Why use image load / stores instead of FBOs
2
Best practices for VRAM management in dynamic environments (e.g. games)
2
If the OS uses a frame-buffer with potentially different textures being displayed each frame why dont we?
5
How did the hard, accurate shadows, work in early 3d (2000 - 2004) games?
3
Is there a way to perform calculations of Mandelbrot set using only integer numbers?
1
draw on cubemap with help of geometry shader each triangle covers each cubemap face (why??)