Is it expected that a naive path tracer takes many, many samples to converge? 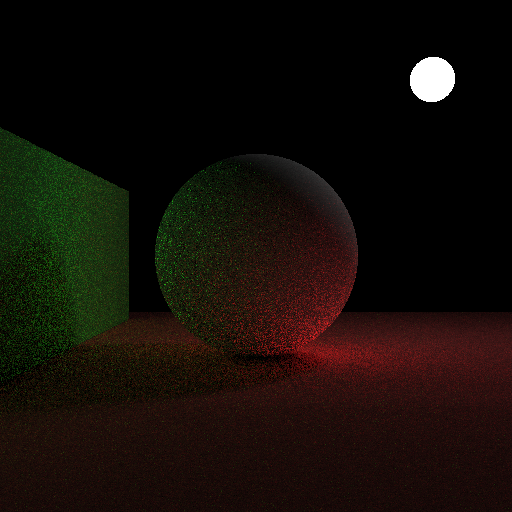 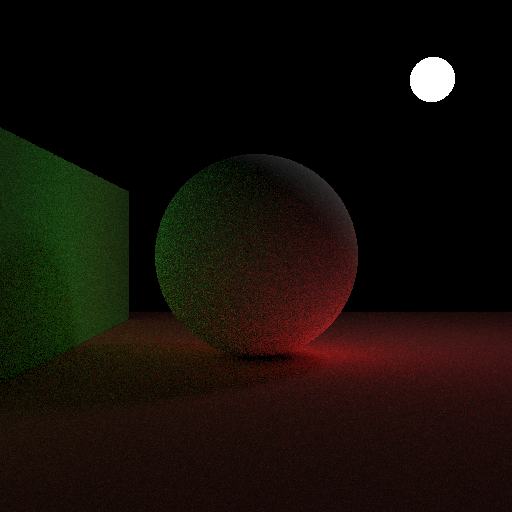 For each pixel I do this:

After averaging all the samples for the pixel, I do this to convert it from HDR to LDR:

The source code can be seen here in the gist below. It includes windows.h for bitmap headers, but otherwise has no non standard headers, and no library dependencies: https://gist.github.com/anonymous/0dc9f7f5abf15f8fdb9aa84ecfcf67d5

Any path that doesn't happen to hit the light source before being terminated will be useless (contributes zero). Since you have a small light source, the vast majority of paths will not hit it. It would be interesting to add some statistics to your tracer to see how many paths return zero vs nonzero. I'd guess you'll find something like 99–99.9% of them are zero, so you're only getting one useful sample out of every 100–1000 or so paths traced.

Naive path tracing is more reasonable with e.g. a sky light, which almost every path can be expected to hit.

The first image shows noticeably more noise than the second. This is because instead of biasing the hemisphere samples towards the normal by using cosine weighting, the code instead samples uniformly over the hemisphere and then gives less reflected light to rays nearer to perpendicular to the normal. Note that since this uses the dot product, this is also cosine weighting:

The second image is less noisy because it doesn't waste many samples on near-perpendicular rays which contribute very little to the image. The image will still converge to the same result given enough samples - the approach taken in the second image will just get there much sooner.

The effect in both cases is the same:

The long term sum is the same either way, but approach 1 involves many rays with negligible contribution, that still require just as much calculation as any other ray, thus wasting most of the calculation time.

Note that even with this speed up, the convergence will still be very slow for scenes with small, bright lights, or if there are parts of the scene accessible only by narrow paths. Generally, any scene where there are regions for which only a narrow range of angles contribute most of the light.