How to implement explicit light sampling when implementing path tracing?

I implemented a path tracer and got a similar result like this one. 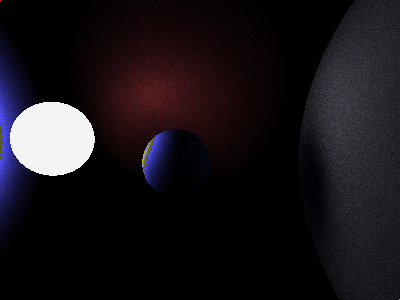 The algorithm is exactly the same as the one in wikipedia, where only the Gathering Path is considered.

In this answer, @Nathan Reed said that "Without explicit light sampling, I'd expect very slow convergence.".

What is explicit light sampling? How to implement it? Do it mean Shooting rays from bidirectional path tracing, namely the Shooting Path?

Nathan Reed also said that "Naive path tracing is more reasonable with e.g. a sky light, which almost every path can be expected to hit." So, BTW, what is a sky light? How to implement it?

Browse other questions tagged pathtracing or ask your own question.

16
Progressive Path Tracing with Explicit Light Sampling
7
Is it expected that a naive path tracer takes many, many samples to converge?