After spending a few days making very little headway with a simple Raytracing program that implements Phong illumination (with shadows and no attenuation), I'm convinced I've made a logic error that I'm overlooking.

As I understand it, the pseudo-code should look like this:

A one quick thing to mention about my implementation: the intersection test will return 9999999 if there is no intersection.

Some of the things I've tried are: inverting the direction of the shadow ray - no effect. Making the comparison intersection distance - light distance > (some small epsilon value) - no change. Manually moving the light source to the opposite side - the specular reflection moved to a new spot, but otherwise, no change.

Here's a picture of my most recent output, I'm trying to get a shadow in the bottom left corner of the light gray plane. 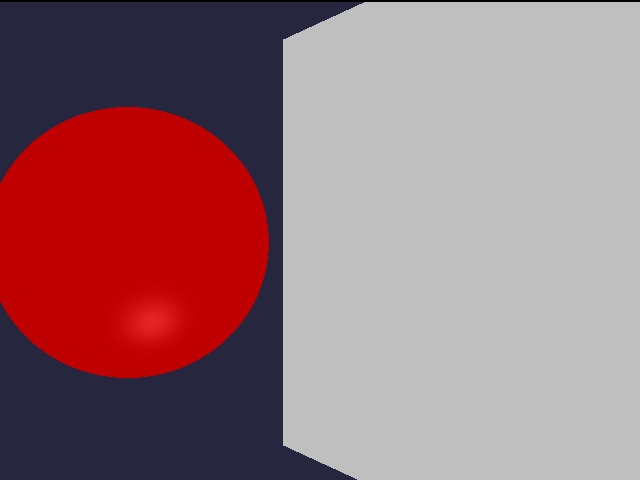 Any help would be greatly appreciated.

Here's the relevant part of my code: 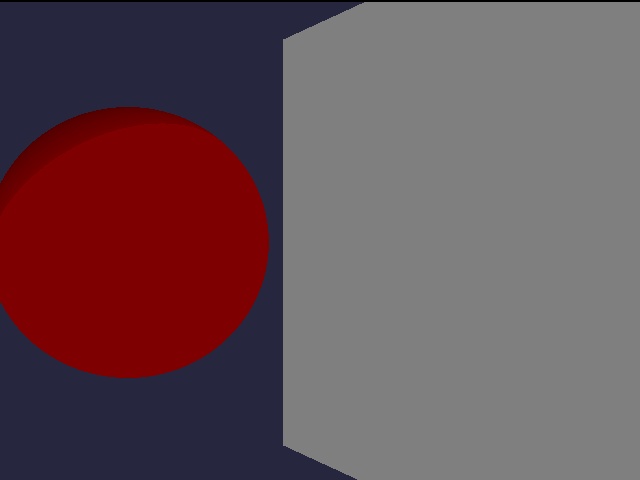 Your if condition makes me suspicious. You should include the diffuse and specular shading if the intersection test didn't hit an object; that is, if intersections > ldist. So, your code should look as follows:

Your comparison with 0.0000001f suggests that you've also been having trouble with self-intersections (that is, with the ray intersecting the object being shaded). In a one-hit tracer, you can't fix that problem by simply discarding the intersection, because you still don't know whether the shadow ray would have intersected another object further along. To avoid self-intersections, you need to push the start point of the ray along its direction by epsilon: