I am trying to create a spherical interpolation with 3 points. I'm currently using Quadratic Bezier Interpolation but have been told I should use Rational Quadratic Bezier Curve in order to get a perfectly circular curve. I have tried implementing this based on the formula I found here (3 control points A,B and C, 3 weights W1, W2, W3 and a time t):

How do I determine the correct weight values for this to work as a circle? Is that even possible without moving the middle point? Thank you.

Here is the code I am using (with all weights set to 1.0) and the curve it produces: 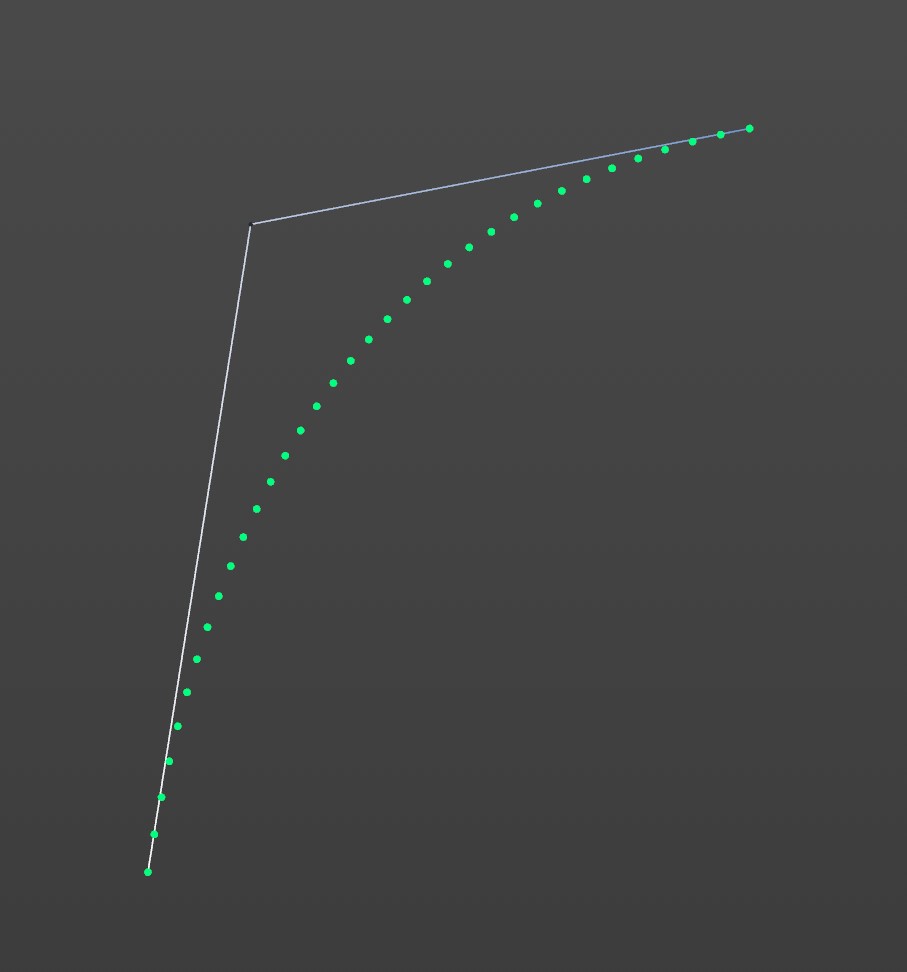 [G]iven three control points P0, P1 and P2 such that P0P1 = P1P2 holds, if we choose w, the weight for P1, to be sin(a), where a is the half angle at control point P1, the resulting rational Bézier curve is a circle.

EDIT: To actually implement this from your code: The three points are [a,b,c]. If you know that the distance from a to b is the same as the distance from b to c, then you can set w1 and w3 to 1, and w2 to the sine of half the angle between them. Look up the half-angle formula for sine to see that sin(x/2) = sqrt((1 - cos x) / 2). The cosine of the angle between two vectors is the normalized dot product, i.e. cos x = dot(a-b,c-b) / (a-b)^2. Thus, you can do something like

Again, this will only work if the distances ba and bc are the same. (You can still make a circle otherwise, but the weights will be more compilcated.)

Not the answer you're looking for? Browse other questions tagged mathematics interpolation curve bezier-curve nurbs or ask your own question.

0
Rounding a 3D corner with Subdivisions