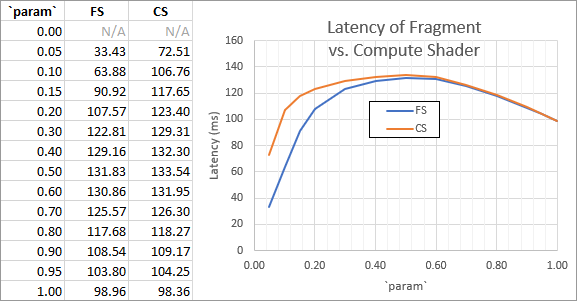 52
When is a compute shader more efficient than a pixel shader for image filtering?