I'm a noob to the OpenGL world and am picking up ideas through practice. I've been writing some code to build retro-arcade games recently and need to load textures to provide the graphic interface. I'm using OpenGL v4.6 with GLFW3 and the stb library to load images.

To load textures, I draw a box and define the texture coordinates of the image on the box. Only some of the png's that I use have loaded properly- often, the image is blurred and distorted. There were two things I tried so far-

Another possible approach I'm considering is to convert them into dxt formats and see if that does the trick. However, this seems a tad too tedious and something I'd only go for if nothing else works.

Below is the code that I'm using to load the image.

I'm starting to spend a significant amount of time looking for images that will load properly and less time learning/implementing; this is quite concerning. Can someone please point out where I'm going wrong or a better way of skirting around this issue? 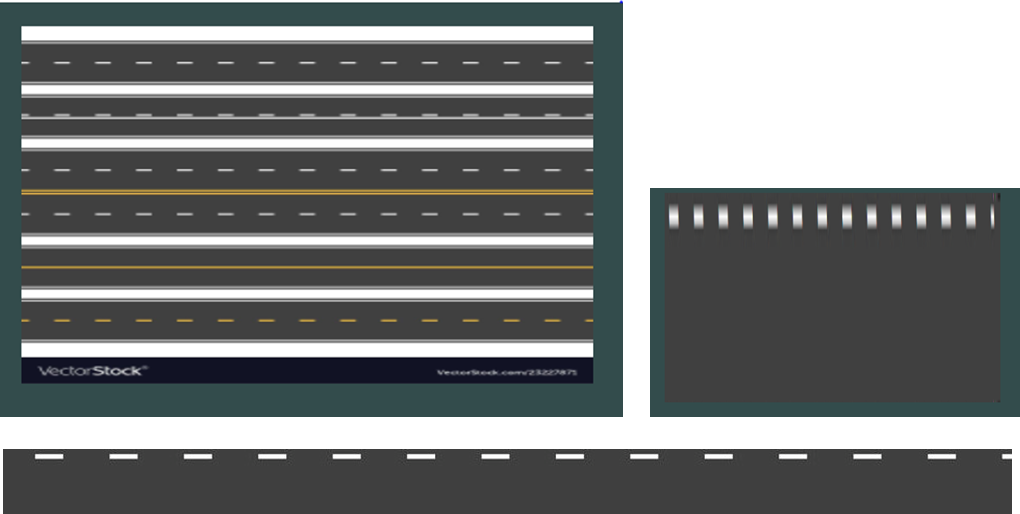 Again, the image to the left is the output from Opengl while the one to the right is the original image. Note the inclination of the render and lack of colour in it.

Edit: Here are some of the implementation details-

I'm believe this portion should be correct because the render is perfect for .jpg files. rect is a vector to hold the box and texture coordinates and ind is a vector that holds the indices that are used by the element buffer to avoid repeat drawing. Both are initialised as arrays and converted into a vector (loop through array and push_back into vector).

PS. Apologies for the verbosity. I was trying to couch the drawing inside a class and this was my first attempt at it. So, please bear with me.

And the actual drawing

Briefly, modify the stb_load as follows and everything should work.

Details: Okay, after a lot of heartache trying and failing to get libpng to work, I finally decided to have a look at the stbi implementation that I'm using to load the texture files. This is where the problem comes in from.

@wychmaster was right when he suspected that there was an incorrect stride used. The problem, though, is in the reading of the image. Apparently, this has something to do with alignment of pixel data which is set by glPixelStorei.

Someone posted the same problem in https://github.com/nothings/stb/issues/335 and determined that this was solution (it works!).

The solution is to set the number of desired channels to 4 in the loading function and read the image as an RGBA instead of whatever the image format actually is. This works and all the misaligned images are now perfect. The images that worked before continue to work too.

But, I do not completely understand why nothing else is affected. This seems strange to me... If someone can explain why this works, that would be very helpful. In the event this is a niche question, I'll likely return to make a more detailed post on it.

Not the answer you're looking for? Browse other questions tagged opengl texture or ask your own question.

3
OpenGL - Colours not working properly
1
Texture rendering in OpenGL
5
Texture Parts Terminology
5
Performance impact during texture layer loading
4
Strange behaviour in vertex shader with divisions
1
Issue with loading a texture on the GPU with OpenGL 4.1 Core profile
0
Why is precalculating a distortion different from calculating it in the shader?