Controlling “zoom” and “position” of a cubemap in shaders

I am trying to mimic reflections in image composition using shaders.

I have gotten this far: 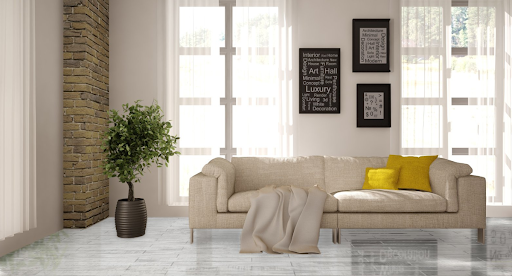 In this image the floor is "reflecting" the back wall, however the reflection is uncanny because the scale and the positions of the objects are very wrong.

For example the plant is nowhere even close to where it should be. Assuming I have a ground truth set of values for the camera parameters, is there a way I could "move" the reflections to better match what I expect to see? It doesn't have to be perfect, just better than what I have.

The way I am generating the image is the same as learnopengl's code:

An important thing I should mention is, I don't have geometry, just a still image and information of where the floor is. So I don't have any depth, normals, or anything like that for most of the image.

I don't have geometry, just a still image and information of where the floor is. So I don't have any depth, normals, or anything like that for most of the image.

If you don't have geometry information or any equivalent to it, then you're pretty much out of luck. Accurate reflection of a scene requires knowing where the scene being reflected is relative to each point on the reflective surface. Even if the surface of reflection itself is flat, the reflected scene isn't. If you don't have some approximation of geometry information, and you cannot generate such a thing, then you cannot generate an accurate reflection.

If computer vision algorithms are available to you, I would suggest trying to fine one that can reconstruct the depth information of the scene from a single image. If that's not feasible, then you're going to have to live with an inaccurate reflection in one way or another.

Not the answer you're looking for? Browse other questions tagged rendering image-processing reflection mapping or ask your own question.

8
Can (and how so) shaders paint screen pixels beyond those that occupied by the shaded mesh?
4
How to handle specular highlights with reflection / total internal reflection in a ray tracer?
7
Fresnel equation with incident angle, n and k as input
2
How do I convert a hit on an infinite plane to UV coordinates for texturing in a Raytracer?
2
Estimating the position of vertexes in a 3D model