How to handle Half edge boundary edge iteration from vertex?

Ok so let's say we have a portion of a mesh that looks somewhat like this: 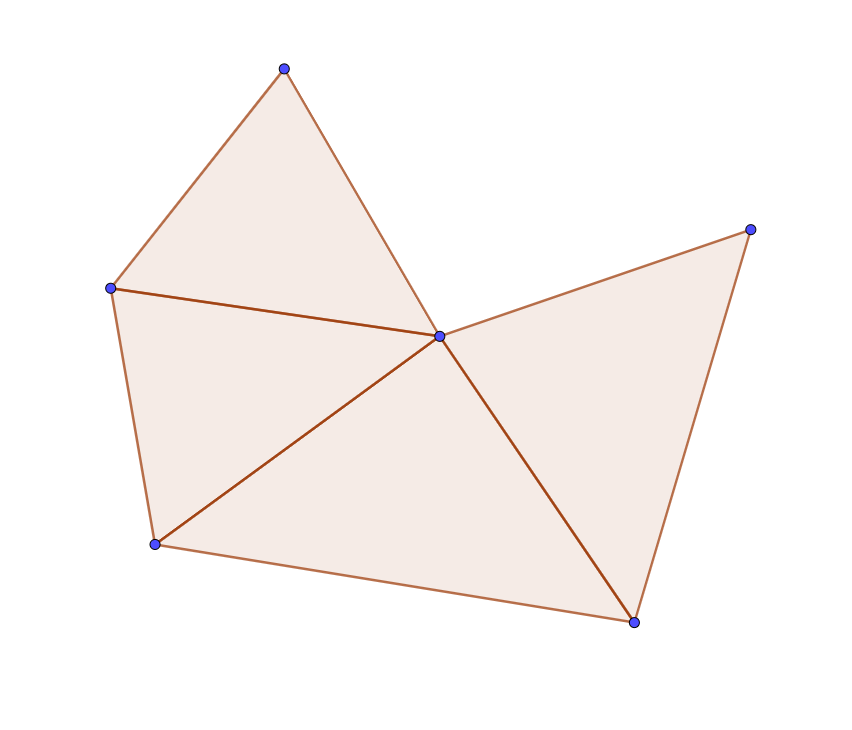 A triangle fan with one of the triangles removed. If that triangles was not removed, we could get all the edges adjacent to that vertex this way:

However, if the triangle is removed, the above will segfault. One could create an additional loop that iterates backwards from the starting edge in the case the first loop finds a null pointer.

However that is a bit inelegant in my opinion. Is there a way to do it in a single loop? Using a stack or a queue or some sort for example?

So the boundary edge actually does have an opposite (or pair pointer) and that opposite is fully integrated into the pointer structure, complete with next pointer and everything. Just that its face pointer in null, thus denoting an empty face or hole. So basically every hole is represented by a null face with half edges going around it.

In addition to being able to iterate around vertices regardless of the starting point, this also has the advantage that you can easily iterate around boundary curves. And you can even have more than one hole at a vertex (although, that can still be problematic in other situations). Of course you might still have to handle the boundary half edges specially in some situations, especially when you're using the face pointers, but you won't get around that anyway if your mesh can have holes.

If that is too much of a hassle to restructure your data and algorithms this way, though, maybe you can instead adjust your vertex starting edge pointers to always point to the boundary edge if there is one. You'd of course have to make sure that stays consistent, but if you can assume that as a precondition, you can just start iterating from there. And you can also check immediately if the vertex is at a boundary without having to iterate.

Not the answer you're looking for? Browse other questions tagged algorithm c++ mathematics computational-geometry geometry or ask your own question.

1
Which 3D algorithms does Windows 10's “3D Builder” application use?
4
Data structure and algorithm for clipping triangulation with leaf nodes of an octree
7
How to draw an orthogonal graph from its edges and vertices data?
3
An algorithm to find the area of intersection between a convex polygon and a 3D polyhedron?
2
How to subdivide faces with a half edge DS?
2
Smart half edge iteration?
4
Gradient descent (Not ML) on arbitrary meshes
2
Sort half-edges around common vertex in 3d
0
In place sorting of a half edge DS?