Projecting one Quadratic Bezier Curve Onto Another

I'm working on improving an open source rasterization library called Gudni that I started a few years ago. It's source repository and the branch I'm currently working on are here: https://github.com/ianmbloom/gudni/tree/texturetransformation.

I'm trying to implement a function that maps a quadratic bezier curve onto another curve (see illustration below). This is important for the library because it will not only allow one to describe things like dotted lines as just a series of rectangles projected onto a bezier path, but the same mechanism can (hopefully) be used to make text that follows a path or to make arrowheads etc and many other useful things. Using unified operation to do all of these things will hopefully make the library really easy to use and make a lot of useful figures very easy to describe.

But I've run into a bit of an impasse and I'm looking for some help.

The function I need has this description:

This works great for points but it doesn't work for quadratic bezier curves because the control point must be transformed such that each point on the resulting curve approximates a projected point. I'm trying to find method of calculating a control point such that the resulting curve is consistent, well behaved, doesn't require excessive computation, and is visually pleasing (though not necessarily precisely accurate) and can be applied to arbitrary target curves. Probably the most important requirement for the result is that two consecutive bezier segments that share the same tangent, share the same tangent in the projected curves.

Since the control point of a quadratic bezier is always the intersection of the tangent lines through its start and end point, my solution so far is to take the tangent vectors from the original target curve, transform them relative to the source normal vectors and then calculate the intersection of the lines defined by these transformed tangent vectors. Unfortunately this appears to work well for horizontal target curves but somehow it is often wrong for diagonal curves. I think this is because of the arc-length transformation but I haven't figured it out yet.

I'm curious if anyone has any thoughts on how to approach this problem. The current (incorrect) implementation of the function in question can be found here: https://github.com/ianmbloom/gudni/blob/c65daed3e74a24c47db9d0488159104dbd1b8b62/src/Graphics/Gudni/Figure/Projection.hs#L243

Let me know if reading haskell is a problem and I can find a way to walk you through it.

Upon request, here is a link to a formalization of the problem: https://medium.com/@ianbloom/-6e88ea8e8888 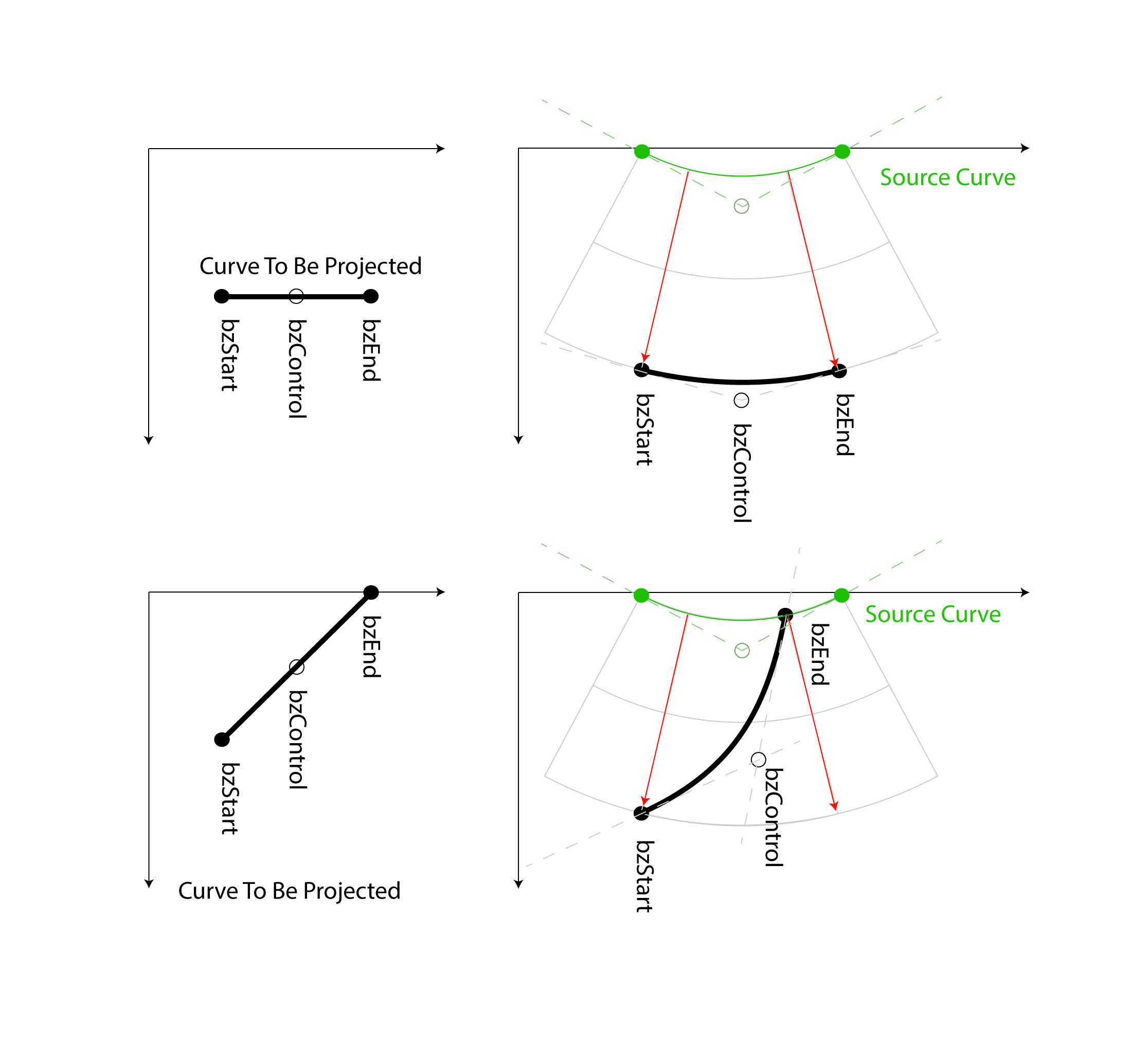 Browse other questions tagged rasterizer curve bezier-curve opencl or ask your own question.