Why are reflections in a spherical surface sharp, regardless of depth of field?

A question has come up recently in Blender SE, remarking on the absence of blur due to depth of field in reflections in a spherical surface. This is a real-life effect.. can anyone come up with a nice explanation of it?

There's no visible blur for the same reason you often don't see blur in very wide angle lenses: the circle of confusion is much smaller than a pixel. But it is still there. An extreme example of this is fisheye lenses.

If you had a camera with infinite resolution, such that you could zoom into the reflection on the ball, you would eventually see the blur. And it would be exactly the same blur as if you had aimed a flat mirror at the part of the scene you're looking at through the ball.

Now, we don't have such a camera, but we have something even better: software! So I built this simple setup with two perfectly sharp checkered planes, a sphere and a camera with some depth of field: 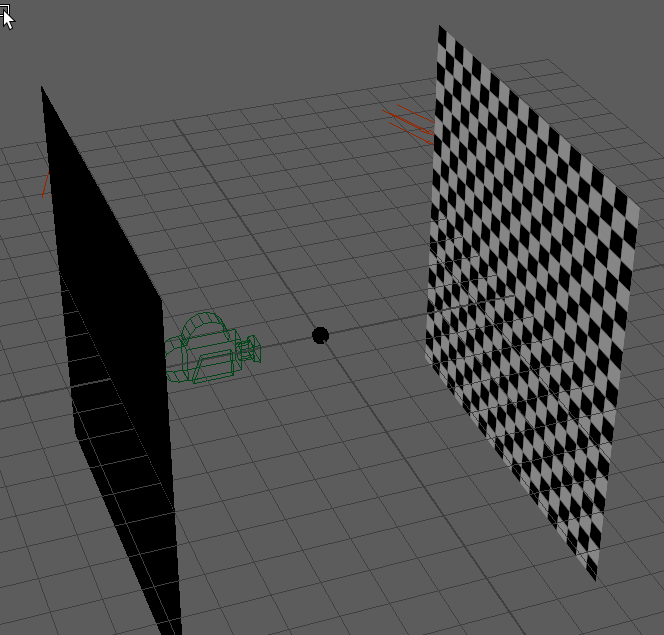 Rendering it with some depth of field at 512x512, you'd think the reflection in the sphere is perfectly sharp: 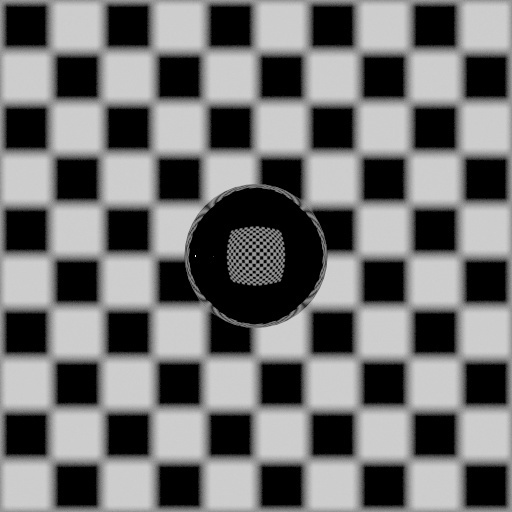 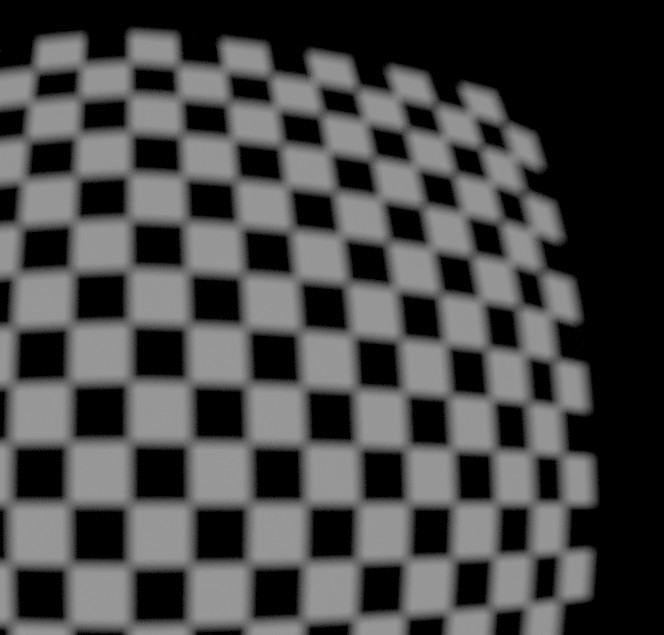 And we can see the exact same blur on the checker pattern. It's as simple as that: you don't see the blur because it's too small.

Because the ball doesn't "see" the world through an imperfect lens system, whereas your camera in that case does. If you were to introduce an imperfect visual system around it, with a resulting blurring point spread function, you will get a blurry reflection.

Not the answer you're looking for? Browse other questions tagged reflection depth-of-field or ask your own question.

11
How is Depth of Field Implemented?
12
Polarising reflection and refraction for a wrap around water surface
6
Depth of Field in Path Tracing: What do I do with the secondary ray?
1
Which technique is fast to generate real-time reflections?
1
How does notch's new graphics engine work?
6
Bokeh from depth map
4
Deriving blur from real optical formulae
3
What to reproject when doing temporal filtering in stochastic screen space reflection?