I'm trying to implement a spectral path tracer and comparing results from my program with renders of the same scene done with pbrt and mitsuba. The scene is just some spheres in a box with one point light. All the surfaces have simple Lambertian BRDFs. The light has "uniform" spectral intensity (i.e., every wavelength has same power as others), same holds for surface reflectances. When I try to render the scene in mitsuba I get a "grayscale" image, as expected: 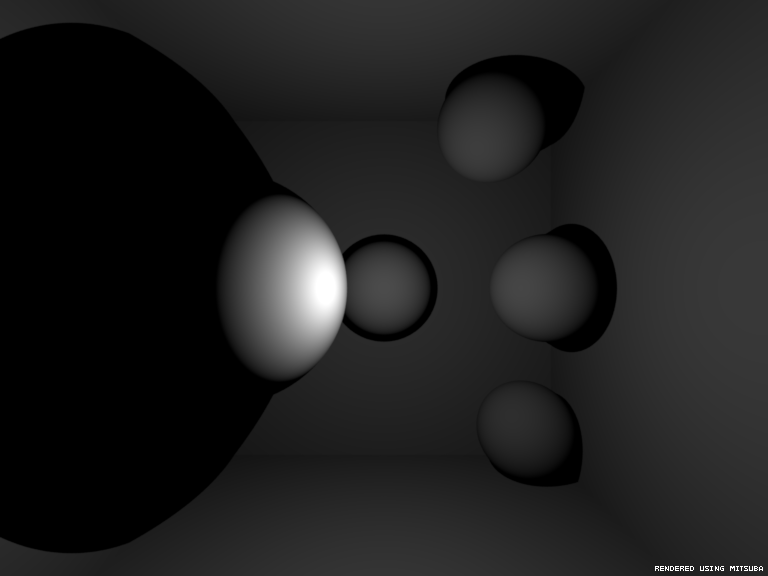 However, if pbrt's used to render the same scene, result image has a reddish tint: 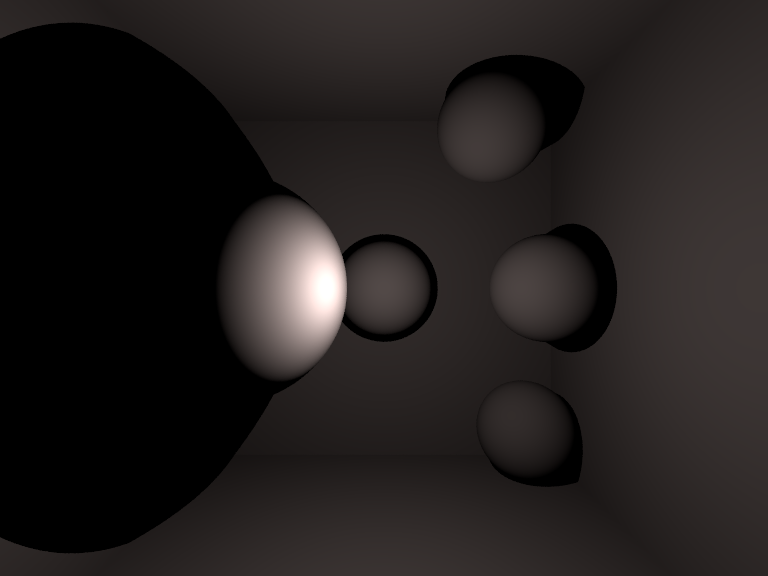 With my program I get similar result: 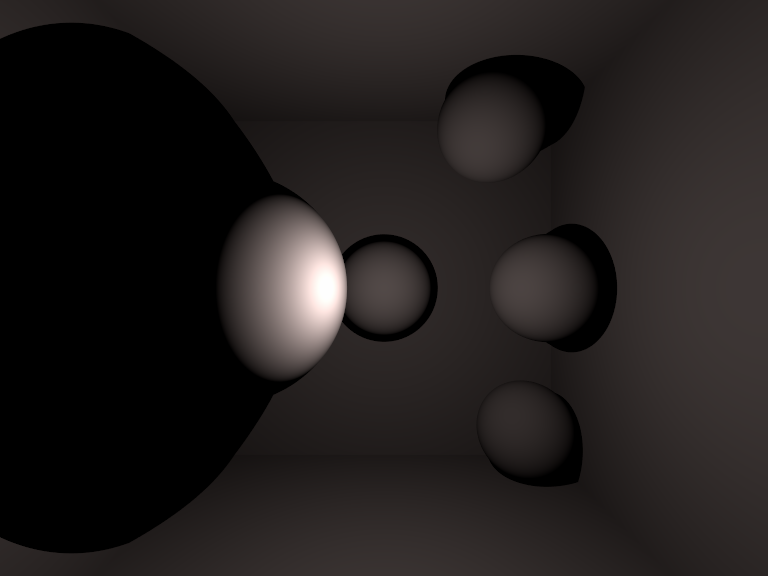 After some digging through source code, I believe difference lies in mitsuba multiplying spectral intensities by D65 spectrum.

Is it reasonable to expect the image of the described scene to be "in grayscale"? If so, do light intensity spectra indeed are required to be multiplied by D65 spectrum? Again, if so, why pbrt doesn't do it?

Is it reasonable to expect the image of the described scene to be "in grayscale"? If so, do light intensity spectra indeed are required to be multiplied by D65 spectrum?

D65 shall not appear anywhere till step 3, and only if we actually render into sRGB (or similar).

Don't know why Mitsuba would have such a 'feature'.

Not the answer you're looking for? Browse other questions tagged raytracing color spectral or ask your own question.