Why is precalculating a distortion different from calculating it in the shader?

Here is the same excerpt from my results, first with the shader calculated distortion: 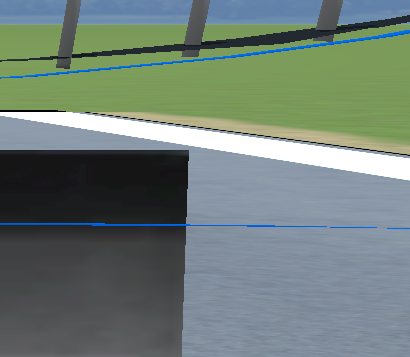 And then with the precalculated distortion and blurry result: 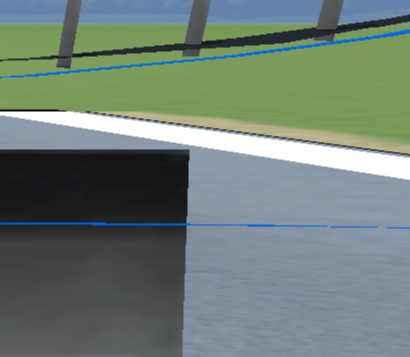 I'm a bit at a loss as to why I get this blurry image now, especially when there is actually no offset between the original and the distorted tex coords.

The texture is using GL_FLOAT as the data type and GL_RG32F as the internal format, I don't use mip mapping and the image is usually non power of 2 and non square (e.g. in this case 1920*1079), the prerendered image has the same size as my precalculated texture coordinate texture. This effect occurs with filtering set to GL_LINEAR as well as set to GL_NEAREST.

I have managed to reproduce the problem in a more minimal example, excluding any distortion calculations. That is, in OpenSceneGraph I have two cameras, one (rttCamera) rendering a scene into a texture and one (displayCamera) rendering this texture to the framebuffer. I precalculate a texture which stores texture coordinates, but basically they should return the same texture coordinates at every pixel as the geometry of the screen quad does:

img->data is the buffer for the texture, i, j are the pixel coordinates, res stores the resolution (1920 * 1080 in this case). The texture itself is again GL_RG32F with data type GL_FLOAT.

The fragment shader code for the displayCamerais the following:

The resulting images are the following (again cropped), first the version without the precalculated texture coordinates

and then the version with precalculated texture coordinates

I finally found the problem.

My precalculation was done with pixel coordinates from 0 to res[0] - 1 (i.e. the resolution width):

However, pixels in OpenGL are accessed via their center, as can be read in another SO answer or in Real-Time Rendering (3rd and 4th Edition, p.21). Meaning, that if I have a pixel with 0 as its left border and 0.1 as its right border, then 0.05 is its center. That means in my case, I have to offset the precalculated texture coordinate by half a pixel to read out of my prerendered image:

It's a bit hard to tell with the images, but I assume the whole viewport is distorted?

My first thought is that there is a difference between the 2 distortion computation methods which might not be obvious. A good first debugging step would be to output only $(u_d, v_d)$ as a color with the two methods. This will allow isolating (or not) the problem to this computation since this is likely where the problem is. If this is the problem, it will be much easier to reason about and debug with all other factors removed from the final image.

Could you add a (simplified) version of your distortion computation shader and the matching texture generation code?

Not the answer you're looking for? Browse other questions tagged texture glsl or ask your own question.

11
Why is accessing textures much slower when calculating the texture coordinate in the fragment shader?
5
How to convert a thread ID into Screen Space Coord in an OpenGL Compute Shader?
2
Is a single shader and 1x1 pixel white sampler more efficient than frequent switching between shaders with and without samplers?
2
How do I convert a hit on an infinite plane to UV coordinates for texturing in a Raytracer?
2
Texture loading- erratic working