I'm working on an image processing app which uses WebGL to apply shaders to a bunch of input photos. At one point in the algorithm, I need to create some image pyramids where I downscale the input photos by a factor of two each time, until I reach the smallest possible level.

For my downscaling routine, I'm using a really simple process:

Here's the source code for my fragment shader:

The result looks sensible, but the quality of the downscaled texture is pretty poor. In the following example, you can see how it looks jagged compared to the original, particularly along the edges of the table on the bottom-right. There are also some glitchy pixels on the top of the chair, and under the door handle: 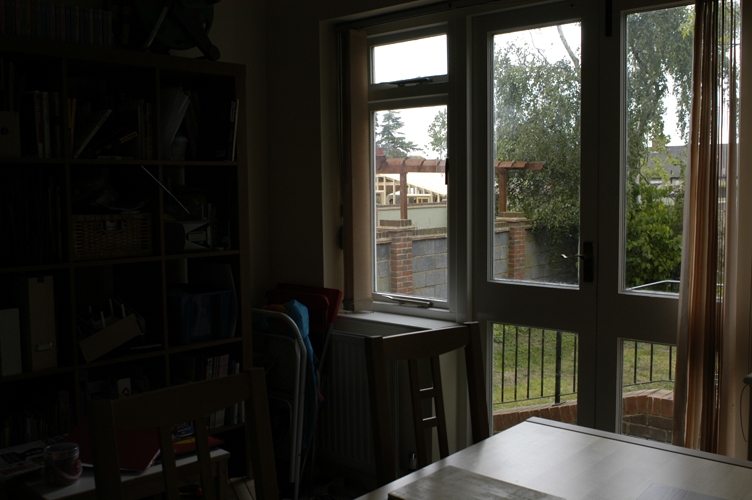 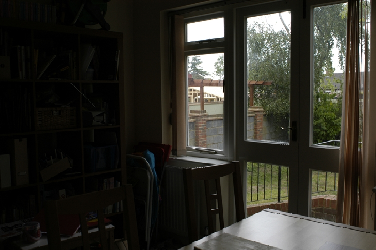 Does anyone know why this simple method doesn't seem to work? Is there a better way of creating a downsampled texture using WebGL/OpenGL?

The downscaled picture is not smooth because you use "nearest" filtering.

Linear filtering sampled at position 0 will give (A+B+C+D) / 4 or the average value.

Another computer graphic term for what you're doing is "mipmap generation". There are other filters which give better quality than the simple box filter I described.

Thanks for the input everyone. The problem turned out to be an issue with texture coordinates. I was sampling right on the edge of each pixel in the full-size image, causing causing it to shift to the next pixel in line. To fix this, I translated the texture coordinates left/up by half a pixel and I get the intended result.

Not the answer you're looking for? Browse other questions tagged texture webgl or ask your own question.

5
Texture glitch when using simple pixel shader
4
Bitpacking into buffers with webgl (shadertoy)
0
Emission of light from texture on WebGL
3
WebGL: Why are my textures black?
3
How to apply wire texture for realistic rendering of embroidery?
2
Does WebGL 2 support linear depth texture sampling?