Gamma correction is done in an image or a monitor?

pretend the images and the monitor have same color profile

Is every image from the internet commonly got gamma corrected?

Or our monitor is automatically gamma corrected all the image showed up?

Images that are saved to a file or that are sent to the monitor, are generally gamma corrected. This is for a very simple reason. We only have 256 values per RGB component to define the color of a pixel. Our eyes are very good at picking up small differences in dark parts of an image, but relatively terrible at picking up small differences in bright parts. 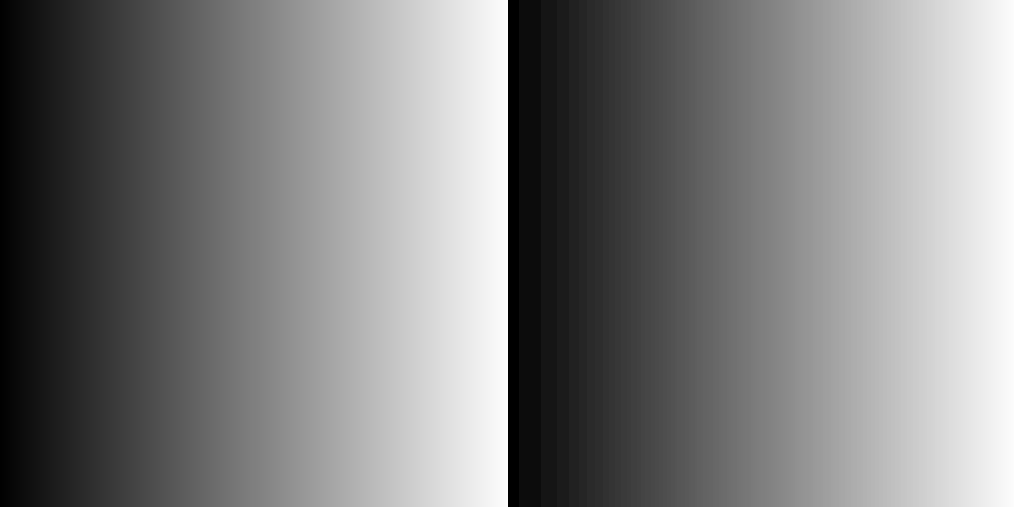 Gamma correction is a very useful trick to make our images with finite bits, look better.

If you want to read more about it, you can do so here.

7
Brightness and contrast VS Gamma, is it possible to identify the gamma "correction amount"?
9
Why shouldn't Bump, Normal and Displacement maps be gamma corrected?
4
Does a gaussian blur based bloom/glow shader require gamma correction? Any other tips?
3
Offline path tracer produces a darker image than expected
0
Two questions on Gamma correction and Tonemapping
1
Problem on understanding gamma correction
3
Tone Mapping vs Gamma Correction
1
Is anti-aliasing color processing correct in this image?