What is the difference between radiance and irradiance in BRDF

It is helpful if you always look at the units that a certain physical quantity measures. Since you use Real-Time Rendering, I'll also quote from that (3rd edition). Also, for the sake of completeness, I'll go through all quantities and units related. I will however assume you understand solid angles. The time $t$ is measured in seconds $\left[s\right]$ and the solid angles $\omega$ are measured in steradians $\left[sr\right]$. 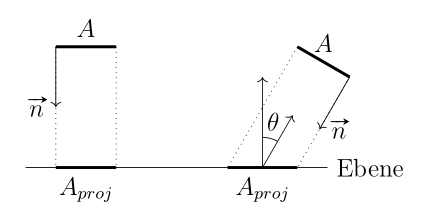 With this, we can of course also further our radiance calculation to $L = \frac{E}{\omega}$

But still, $E$ only considers the amount of energy per time, not from which direction it comes. Why is this important? Because of the way you usually look at lighting in computer graphics. You calculate how much light is being reflected from a surface to your viewer (/camera), which also means, that you want to know from which light source it originates (seeing as you would like to have the right amount of energy and the correct color). Additionally, you usually use point lights, meaning that you can view the lighting calculation as that of a ray from a single point (the light source) onto a single point on a surface (your pixel/fragment) and then to your viewer. These directions are written in the matter of solid angles, or to make the theory even easier, in differential solid angles. Another point is that your surface may reflect light differently depending on the where it comes from, which also makes important the direction part.

So to sum this up a bit:

I can't visually understand what does irradiance of a certain direction means?

It basically means photons from a specific light source, not from any place in space.

And what is the difference with radiance of certain direction?

I hope it is clear, that radiance is irradiance from a certain direction. If not, please try to specify which part still bothers you.

They both represents the power of light

Yes they do. In fact, steradian is a dimensionless unit, since it is $\left[\frac{m^2}{m^2}\right]$, and therefore it doesn't really add anything. I see how this is confusing. I hope I could clear up why you do this.

What does irradiance of a certain direction means? Doesn't we associate a direction with radiance?

Careful. We don't associate direction (other than considerung only surfaces perpendicular to the light direction) with irradiance. We do however with radiance.

Isn't radiance defined as irradiance in a single direction?

Yes, you can say that.

I'd say it is the other way round, $L(v) \leq E(v)$, since $E(v)$ would consider any light source emitting light onto a surface, whereas $L(v)$ only considers light form $v$ (if you consider $v$ as the light source to surface direction. In my writing earlier, this is $\omega$ and in Real Time Rendering specifically, this is $\omega$ as well, or $l$ in chapter 5 as well as in the BRDF Theory chapter). Also, remember that these two physical quantities don't have the same units and should not really be compared this way.

To be honest, terms like these are very confusing as they aren't clear cut and on one side of the border. They are more grayish.

I'm gonna tell you how I convinced myself, as I too had this confusion as soon as I read your question. But I managed to convince myself through this argument.

"Radiance" is what you say associated with a certain direction. To be more formal and according to wikipedia,

It's the amount of radiant flux emitted/transmitted/received per unit projected area, per unit solid angle.

Next is differential radiance. We can think of it as an infinitesimal quantity of radiance emitted or recieved in a very small solid angle $d\omega$.

Next is Irradiance. Irradiance isn't normally associated with a direction. According to Wikipedia it's

Radiant flux received by a surface per unit area

But more commonly and what makes more sense to me, and to the answer of your question, think of irradiance as the integration of radiances over a set of directions.

So we can say

So if we integrate the radiances from every direction that leads us to the original definition of irradiance where direction isn't of concern. However usually we are concerned with only a subset of all the directions such as the Upper hemisphere or the lower hemisphere. This means for example,

As we can see here, we have limited the irradiance to a set of directions, the upper hemisphere. This doesn't necessarily change it into radiance which is associated by direction. Instead what this means is, when calculating irradiance we are concerned with the light coming only from these directions, although we haven't incorporated the directional quantity into the formula like with radiance.

This is the difference between irradiance from a certain direction and radiance. Think of it like this. You are holding a paper and there are 2 light bulbs in front of you. You want to measure the irradiance. Normally it would just be the radiant flux received by both bulbs per unit area. But now let's say I limit the direction so I am only concerned with the first bulb. Note that I am still calculating the "irradiance". If I move farther away the flux will decrease thus the irradiance even tho I am concerned with a specific direction. However this isn't the case with radiance where moving farther away won't change it since we divide by the solid angle too balancing the change.

The last quantity is differential irradiance. I thought of it as a tiny amount of irradiance from a specific direction. (Again direction gets involved)

If you think of irradiance as not assosciated with direction at all, even then when you try to think of differential irradiance you are gonna say it's a tiny amount of irradiance from a small range of direction or maybe a specific direction. That's the reason why it's small.

But if you think of irradiance as the sum of all the radiances over a specific set of directions. You'll see that it makes things clearer and you'll naturally arrive at the conclusion that differential irradiance will then refer to an irradiance from a specific direction.

So coming back to your question at last, I hope you might have gotten some intuition as to what "irradiance in a direction means".

Mathematically proving it is no hard feat tho. The answer here explains it quite well. I'm just gonna give a brief explanation. We know the rendering equation is given as

Assuming for the moment that emission part is zero. we end up with,

Now as I wrote before, if you forget the BRDF for the time being, we are just integrating the radiances over a given set of direction which is the same as irradiance.

If we look at one instance of this summation/integration, it's gonna be

Which is the ratio of the outgoing radiance to the incoming irradiance.

Again this was just the way I convinced myself and might have some mistakes. Though this is the best I came up with.

13
Why isn't a BRDF a ratio of radiances?

13
Why isn't a BRDF a ratio of radiances?
8
What is the difference between glossy and specular reflection?
2
Relationship between roughness and BRDF
2
Confusion about data types in Jensen's subsurface scattering paper
0
Understanding of Microfacet monte-carlo path tracing
3
BRDF that interpolates between diffuse, glossy and reflective?
2
Why is the symbol for solid angle a small omega in the definition of the BRDF?