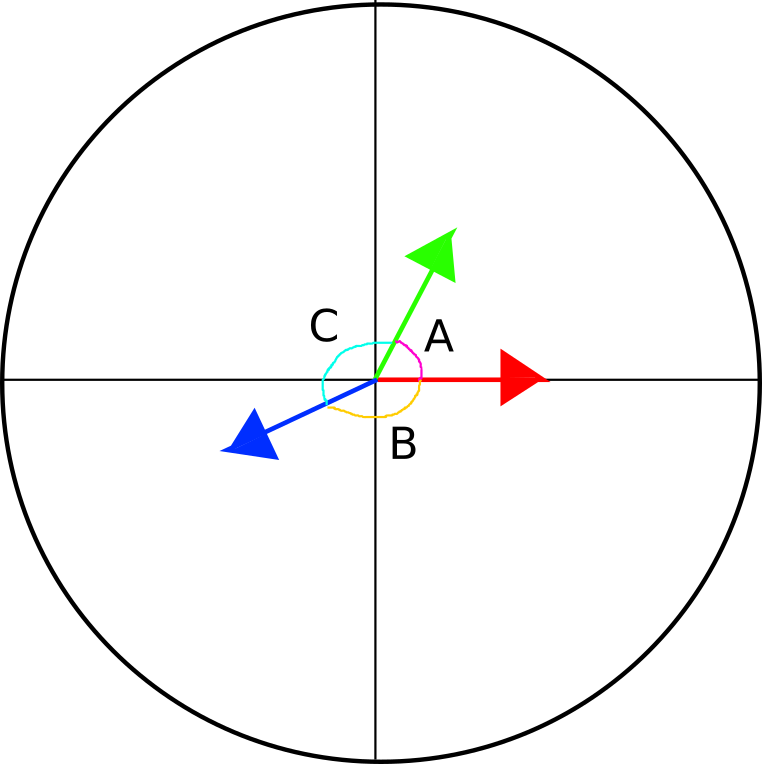 How do I calculate angle C? I can only know what angle between vector and x positive vector {1, 0}

What formula should I use to calculate it?
It must be positive value.

There is a different way you could calculate that angle. You take the absolute value of the difference between the two angles, given that both angles are from a common direction and either both clock-wise or both counter clock-wise. $$ \angle \phi = |\angle \alpha - \angle \beta| $$ Where

Let us try this method with your example.

They also both have a common direction, $\vec Red$ and are both counter clock-wise.

And there we have it. The answer.

I do not know if this is a formula with a name or something like that. This method is something I just came up with.

Not the answer you're looking for? Browse other questions tagged mathematics geometry or ask your own question.