I've tried generating the light maps using Vray and 3dStudio max, by overriding the normals to point in these three directions: 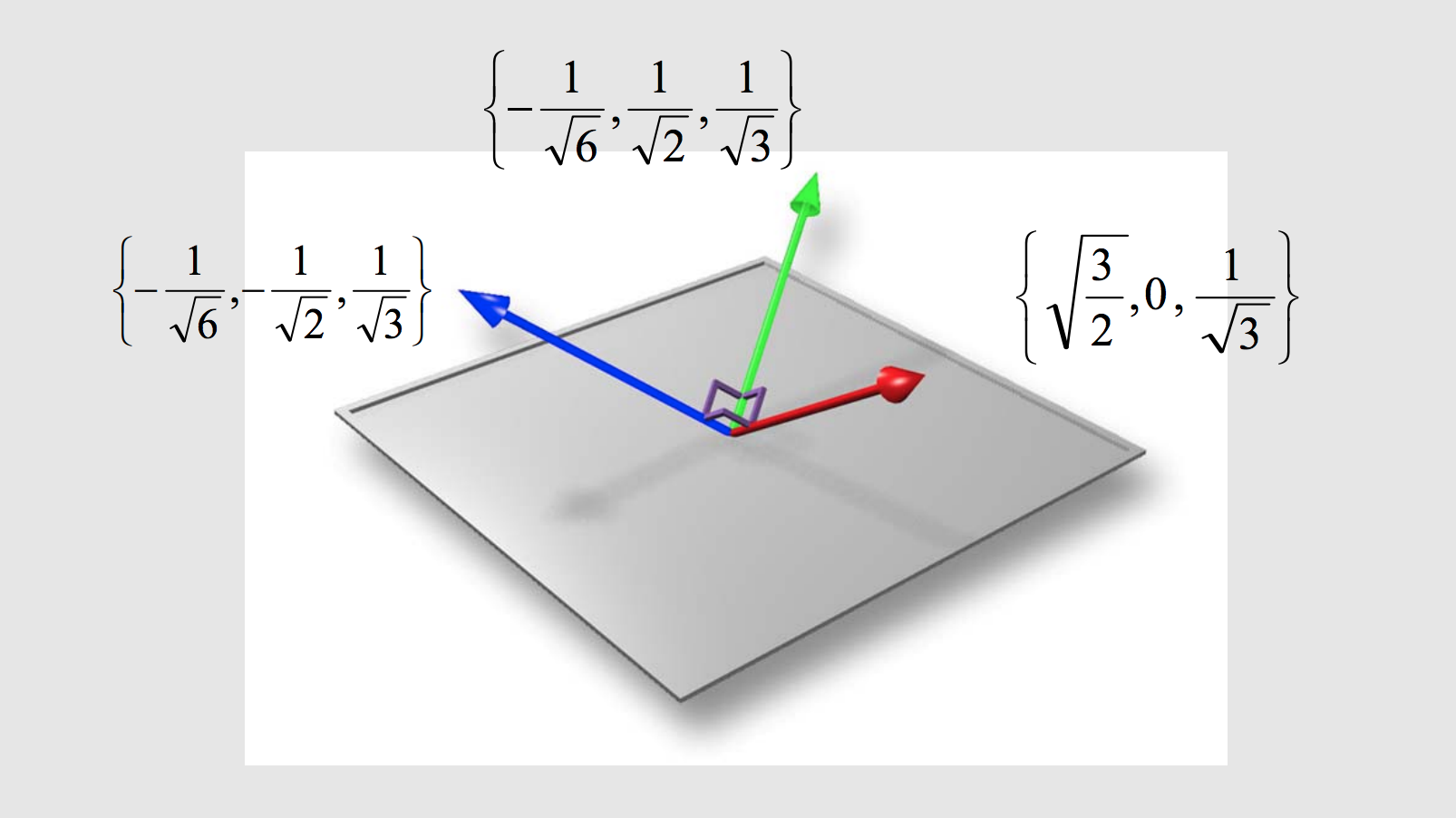 It works to an extent, applying normal maps over walls and such makes them appear like they are light mapped and bumpy. It's when I set the normal map to (128,128,255) that i can't get the same result as if it were a regular light map and i see artifacts.

I'm not sure if understand at all how the basis is used to capture light, so i omitted the GI part and tried to bake just a directional light.

If i set a directional light at (-1,0,0) in the basis from the picture above, the first dot product (red arrow) will be less than 0, however both the green and the blue will get some value from that light.

This doesn't make sense, the directional light at this angle shouldn't contribute any light to this surface?

The white arrow represents the light dir to be baked. The red one is pretty affected by it, but then scaling it by 1/3 doesn't really help much. It feels like it's missing some negative light (?). 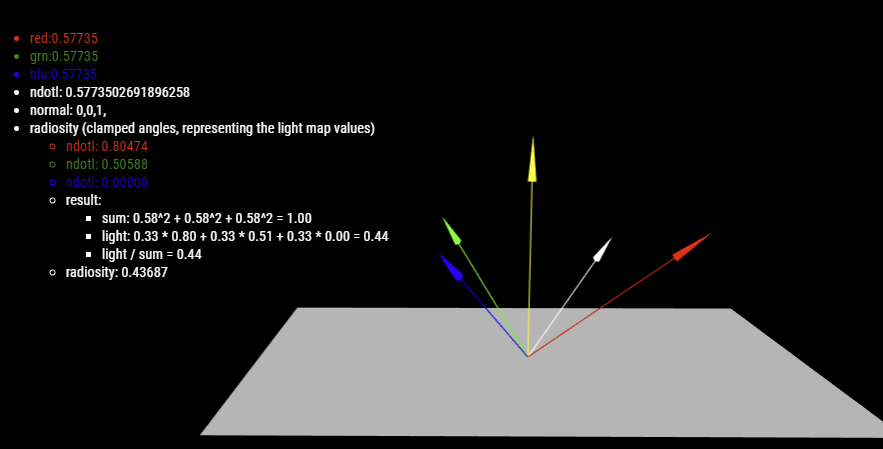 The lightmap representation used in Valve's stuff, like any finite-storage representation of the surfaces response to light, is only approximate, and the error in the approximation is higher or lower in different scenarios.

Since it doesn't store the light in a direction tangent to the surface (where it would be exactly zero), you don't get an exact zero for this case. However, this isn't that important:

Not the answer you're looking for? Browse other questions tagged lighting real-time global-illumination radiosity or ask your own question.

4
Path tracer not rendering shadows
7
What is Radiosity?
4
How to implement Texture Baking?
3
How to adapt diffuse/GI light mapper to directional light maps?
3
Directional Light ViewSpace Calculation
3
How to deal with light leaks?
1
Do I need a normal matrix if I calculate lighting in an objects space?
0
Albedo image map to color's Light Reflectance Value (LRV)