"How does the Shadow of The Colossus's™ proprietary (Sony's) engine perform its seamless long distance rendering?"

"How does the Shadow of The Colossus™ engine perform its seamless long distance rendering?" 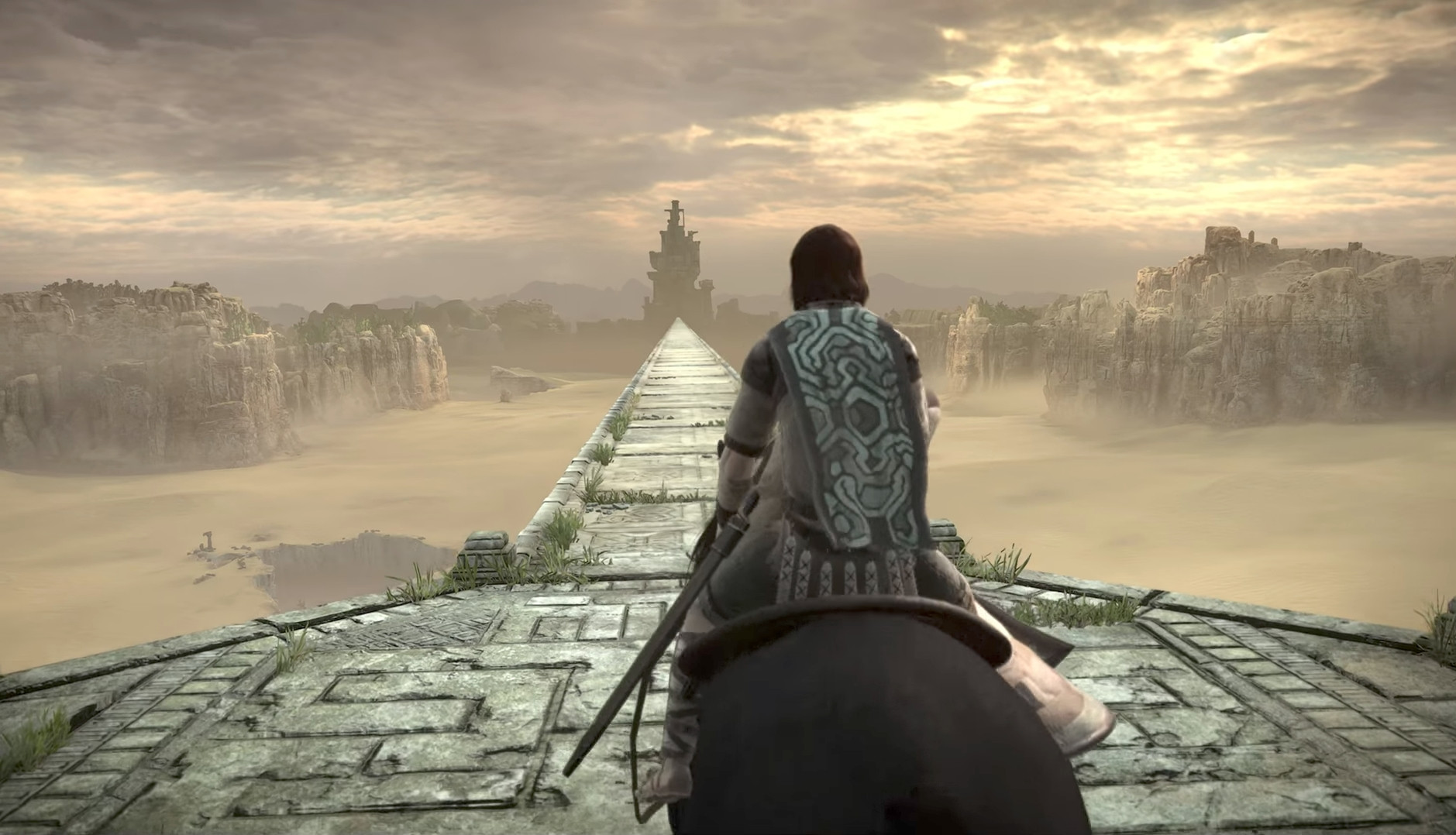 Taken from The Making Of "Shadow Of The Colossus":

The rough algorithm is outlined below:

Landscape rendering is divided into 3 stages, the furthest background being either a rendered image or a texture, which is stuck on a distant polygon. The internal development team nicknamed this "Super Low".

Consequently, most of the medium range which goes from nearby to just past the furthest background, is rendered using a low-resolution landscape. This is managed in units of 600x600m, and as the player approaches it, once he gets nearer than a certain fixed distance, it changes to the high-res landscape model for the foreground. This switch is designed to blend well so it not obvious.

In addition before being combined down into one picture for the Super Low, most of the distant scenery being managed in 600x600m chunks has been reduced to around 1/30th - 1/100th of the polygons. Because there is little memory, we usually try and spread it around the landmark which represents that area. The combined image for the most distance scenery is done using this low-res model. With this, the low-resolution model appears seamlessly out of the Super Low image. By connecting the foreground and distant background well, we are able to produce a landscape rendering system which seems very natural. 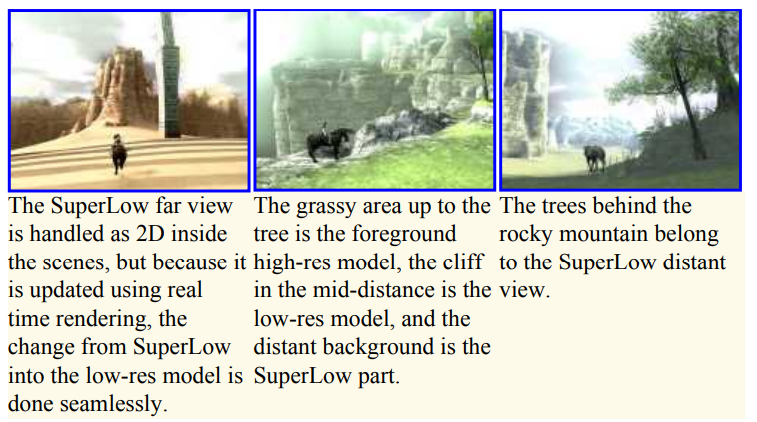 Not the answer you're looking for? Browse other questions tagged rendering gpu or ask your own question.

3
Is there a way for me to record every shading sample for a deep texture
9
How does Texture Cache work in Tile Based Rendering GPU
13
Why is work-efficiency desired in GPU programming?
9
What is "Object Space Lighting"?
8
How does the rendering equation incorporate shadowing
5
How did the hard, accurate shadows, work in early 3d (2000 - 2004) games?