How to calculate curvature of isoline of image

I've got a discrete grayscale image (a.k.a. 2D rectangular array of floats). Its continuous representation (whether received via reconstruction with sinc, with a cubic kernel, with a triangle kernel...) is a continous 2D function, so it has isolines. I'm interested in calculating the magnitude of the derivative of the isoline at a given point. 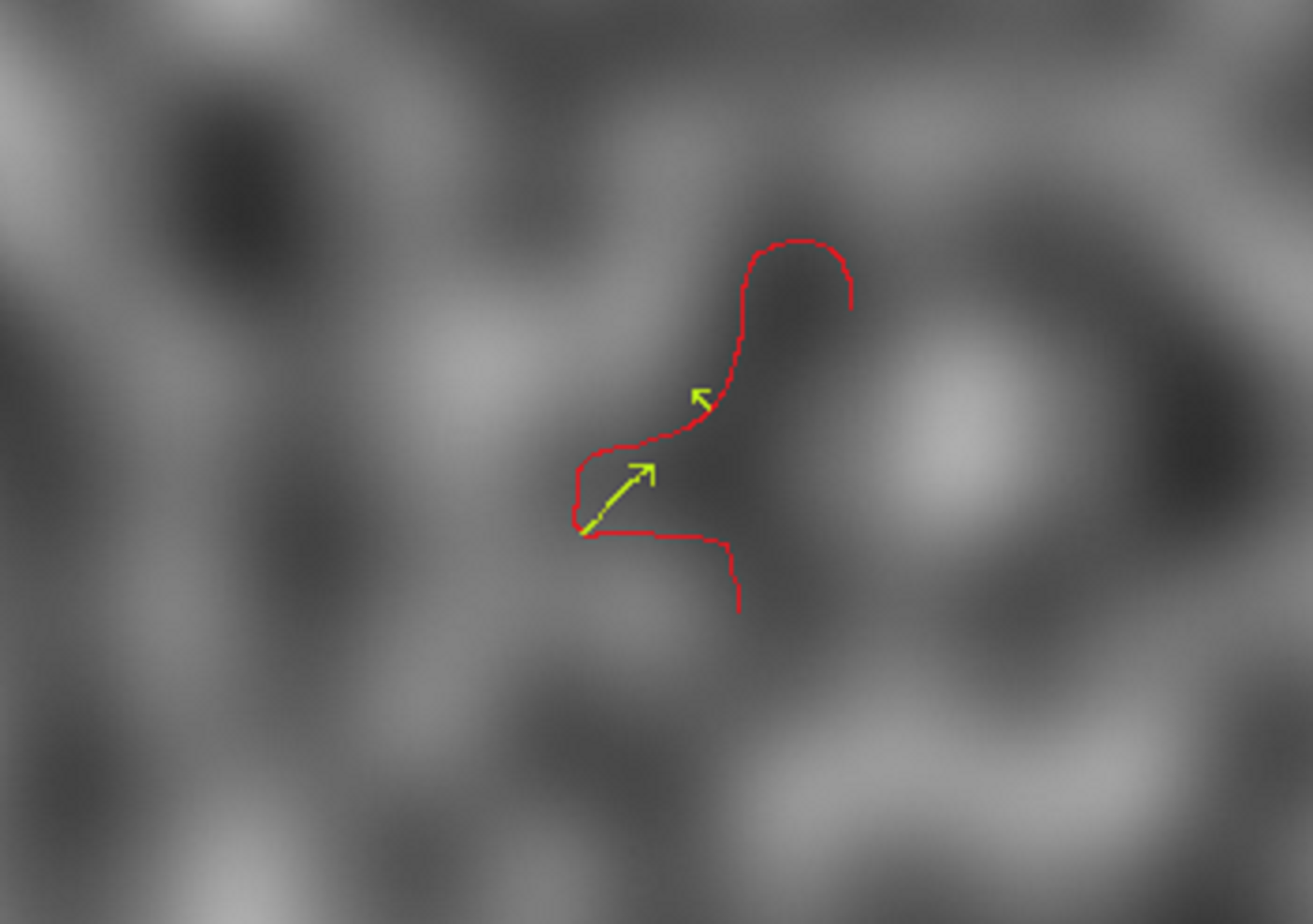 Red line is part of an isoline, and green arrows are example derivatives of that isoline at 2 points.

It basically computes the second directional derivative in a direction perpendicular to the gradient. It works fine for my purposes, except that it's somewhat slow in the CPU implementation (and I have reasons not to port it to GPU).

Any faster (and/or more accurate) method?

Edit: I found a twice-faster method, still calculating the second derivative, but in a simpler way. It's equation (5) on this page. It works, but the result is more crude. I think I should switch to a higher-quality differentiation kernel than [+1, 0, -1].

Gradient magnitude and angle can be found using a Sobel operator. It's more sophisticated than the [1, 0, -1]. This is commonly used either directly for edge detection, or as part of a more complex algorithm.

Or, if I've misunderstood, and you want only the curvature of the 2D isoline, this answer on Math Overflow might be of use.

11
How can I concentrate points in areas of higher curvature?
3
Image rotation algorithm
6
Image rescaling algorithm
2
Image resize with pixel accumulation?
2
Calculate set of rectangles covering pixel diffs?
3
Tiled Image Palettization Algorithm?
0
What method is used for baking grayscale curvature maps
2
How do I efficiently calculate the distance to the edge of a shape?