In the article they stated the four places to sample as "bilinear footprint of the current full res pixel".

In the picture, the circle marks the texcoord of one of the fragments of full res buffer. So if full res is 4x4 then low res is 2x2. 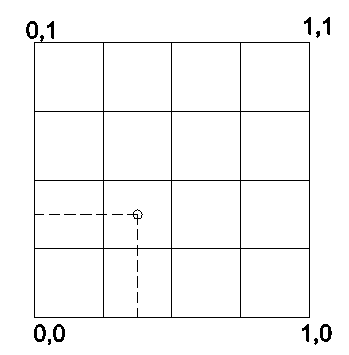 Unfortunaltely it is not clear to me how to sample the low res buffer correctly. My question are:

Browse other questions tagged texture glsl sampling supersampling or ask your own question.