“Light intensity” of an RGB value

EDIT: I'm not fully clear on terminology here, what I previously understood to be called "brightness" seems poorly defined. I think I am asking about radiant intensity, that is, the measurable intensity of energy emitted, not weighted for subjective perception.

You can calculate subjective brightness of an RGB value by weighting the three channels according to their perceived brightness, e.g. with something like:

But, ignoring human biology and perception, is there an accepted way to calculate the objective, theoretical "light intensity" of an RGB value? (Theoretical because the real value will vary between displays)

My first thought, given that the RGB values correspond to the intensity of the pixel's three lights, is to take the average:

That makes sense, thinking about two lights being on rather than one, but looking at the colours I would have guessed they were of somewhat equal intensity.

Unlike dark yellow (#808000) which actually is equal to the red in intensity!

I suspect there isn't a linear relationship which is confusing the issue.

Can objective light intensity be calculated from an RGB value?

The short answer: no, but if you are interested in details, please keep reading (:

Light “brightness” is indeed quite poor/ambiguous layman’s definition for brightness of a light source. Below is a list of different lighting properties/units commonly used in lighting calculations that define the light “brightness”. I listed both radiometric and photometric [in brackets] properties/units. Radiometric units are Human Visual System (HVS) neutral "physical" units defined based on Watts (W), while photometric units are HVS weighted units defined based on Lumens (lm).

Photometric units are commonly used in rendering because practically all consumer image input and output devices operate in these units as they are designed & optimized for image acquisition & consumption by normal tristimulus (LMS) HVS. Proper conversion between photometric & radiometric units isn’t simply a matter of multiplication by some factor (like between kilometers & miles or kilograms & pounds), but different projection from Spectral Power Distribution (SPD) of visible light spectrum (explained later). Some people use constant luminous efficacy of 683 lm/W to convert between the units, but this has very little touch with reality and results in unrealistic values.

It’s important to understand the difference between these properties when performing lighting calculations, just like it is important not to confuse properties of length and speed when doing physics calculations. There are various other light properties but having good grasp of the above gets you pretty far already. 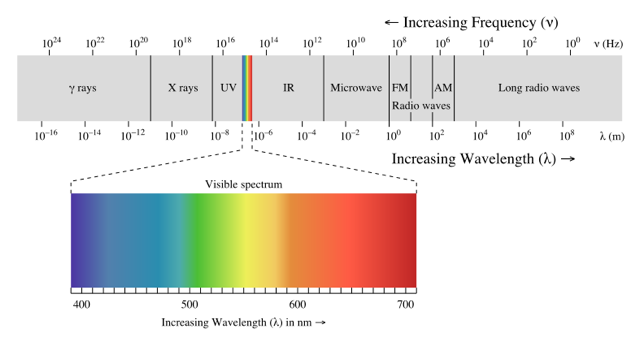 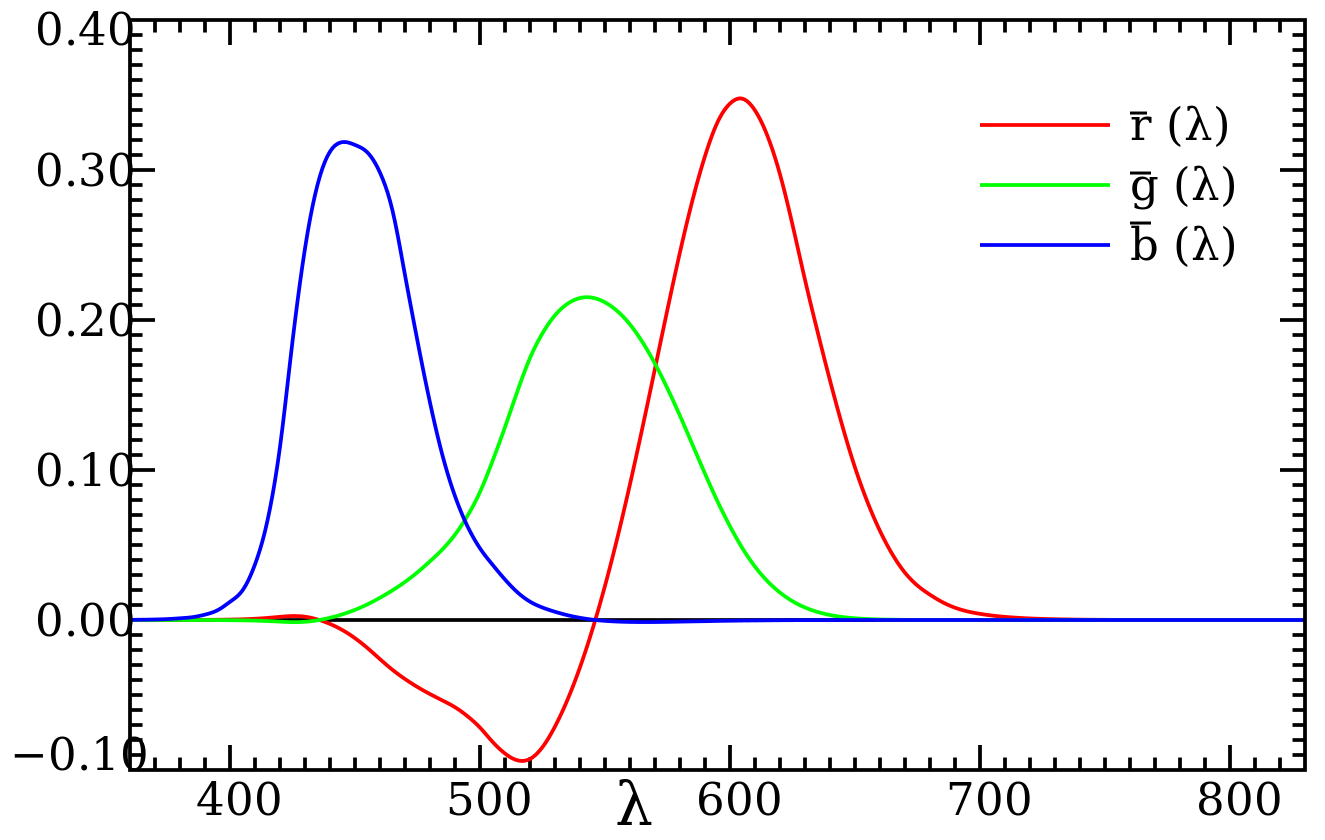 As you can see the functions are not discrete wavelengths for RGB, but rather weighted averages of (overlapping) wavelengths.

Not the answer you're looking for? Browse other questions tagged color-science brightness or ask your own question.

6
Actual vs Perceived Brightness of RGB Colour
4
Confusion between usages of linear RGB and sRGB
5
Calculate an equally bright grey to a linear RGB colour
2
Why are RGB tertiary colors so similar to RGB primary colors?
3
Does a constant reflection over the light spectrum lead to grayscale value?
3
Can someone explain this formula for parse RGB to HSL?
2
YUV to HSV to RGB issues
2
Why is there a difference between the CIE XYZ colour gamut vs CIE RGB?
1
splitting hue & saturating and leaving value behind
2
What wavelengths(dominant) the primary RGB colors are supposed to be in sRGB color space in nanometers?