Remove clearly not visible vertices from a polygon

For a visibility algorithm I want to remove verts of polygon that are guaranteed not visible from a vert S. The idea is to remove pockets that points are on the backside of a plane formed by the vector n, the perpendicular vector between S and 0, and a point S.

The difficult task is to identify a pocket respectively the pair of indices a pocket starts and ends.

Here are my approaches:

Now the questions are:

I solved it myself. Here is a result: 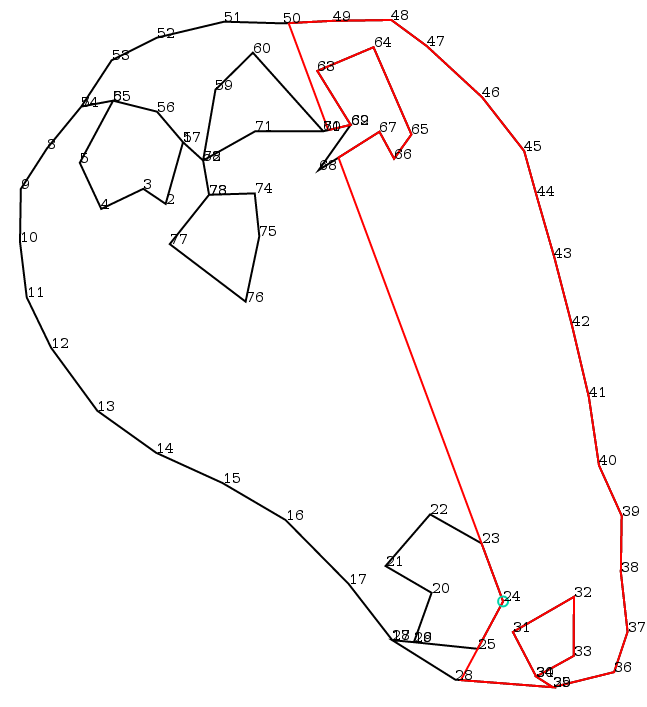 Not the answer you're looking for? Browse other questions tagged 2d polygon or ask your own question.

3
Finding the nearest neighbor of polygons

3
Maximal and minimal no. of angles obtained from clipping a convex polygon with n angles
5
Where should I project a polygon corner when it is behind me?
3
An algorithm to find the area of intersection between a convex polygon and a 3D polyhedron?
4
Vertices of a regular polygon given the incircle radius
5
Rounding corners of polygon given vertices of its corners
3
How to compute the following integral over a polygon?