This question is comming from ComputerScience after suggestion

I'm trying to understand the Naive Surface Nets algorithm which is related to surface generation out of Voxels. I've learned of it here

I suppose a step by step showcase of what the algorithm does for aquiring the surface of 2D sample voxels data would help me a lot understanding it. Sample code is fine too but is not a must have.

For example for this data the marching cubes algorithm gives as result the image show below (the lines). Would the naive surface nets algorithm return the same result? 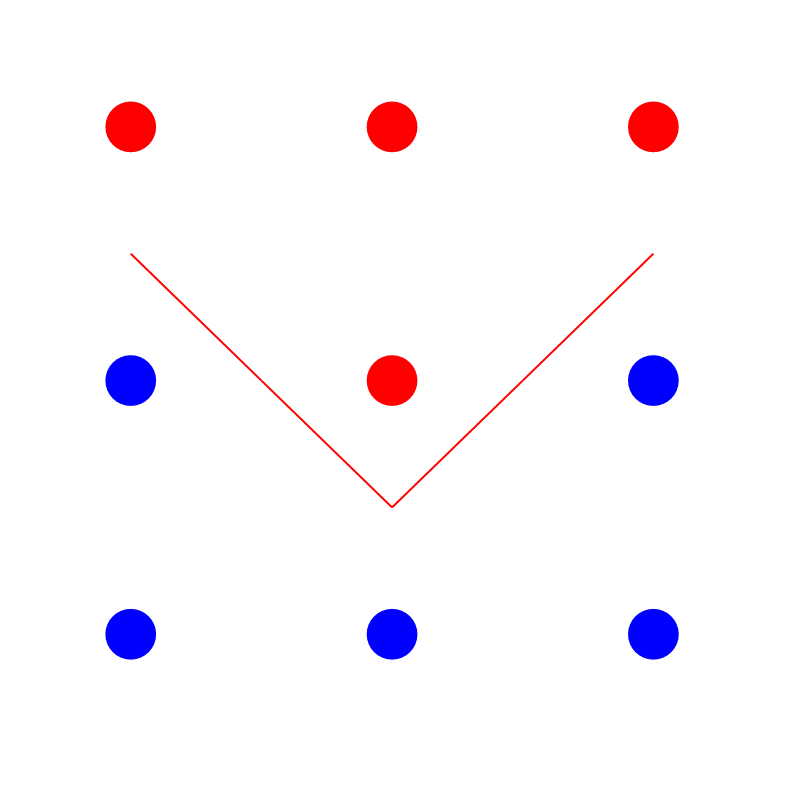 Where red stands for binary 1 and blue for binary 0 asuming each voxel has the same space between each other (as always I think).

I think the basic idea, as explained in the article to which you linked, is to associate a vertex (shown in light blue) to each square that intersects the surface, with the vertex positioned at the average of the adjacent edge crossings (shown in gray). Then connect up with dual edges (shown also in light blue). 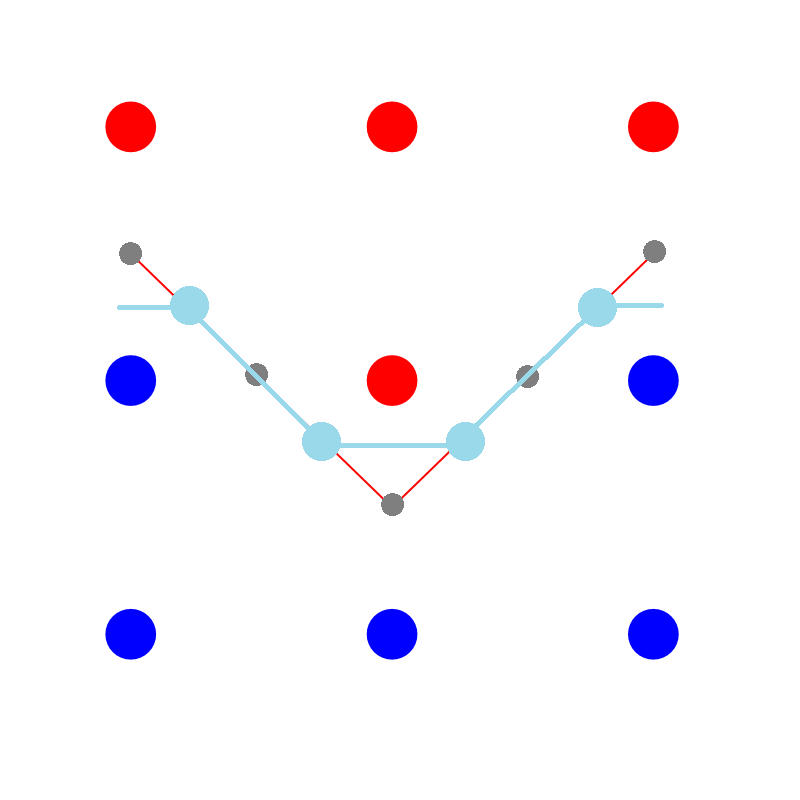