Are mirror-like reflections in computer graphics purely handled with ray-tracing/ray-casting techniques or are there some situations where they are achieved through rasterisation? 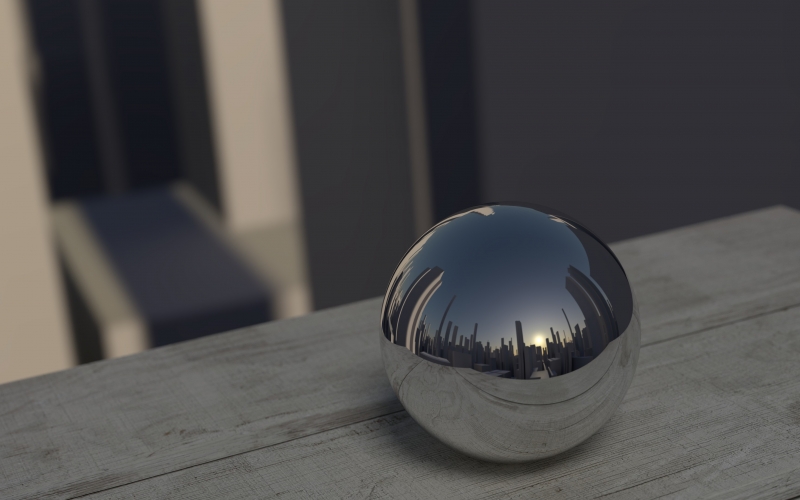 There are a couple of special cases where mirror-like reflections can be rendered efficiently using rasterization techniques, and these are commonly used in games, although they don't work for the general case.

If the reflecting surface is flat or reasonably close to flat, the reflected image can be rasterized in an separate rendering pass, by applying a reflection transform and clip plane to the scene. The reflection is then composited into the final image using a shader (or, in older games, stencil buffer masking). Also, a small amount of distortion or blurring might be applied to the image if the reflecting surface isn't intended to appear perfectly flat and smooth.

This is very commonly used in games for water reflection in lakes or the ocean, as long as any waves aren't too large. This page from the UE4 docs shows a number of examples of planar reflections used for water. The same technique is also often used for mirror reflections in glossy floors, or for actual mirrors.

The main strength of planar reflection is that it automatically gives you correct perspective and occlusion in the reflected image. The main limitation, aside from being limited to planar surfaces, is the performance cost of rendering an extra copy of the scene (with full lighting, etc) for each reflection plane. For instance, having multiple water surfaces at different elevations (e.g. in a boat lock) would require another rendering pass for each elevation. For this reason, usually when planar reflections are used, they're set up in such a way that only one reflection plane is visible at a time.

Another special case is when the reflecting object is reasonably small and, ideally, not too close to other objects around it. In that case, you can approximate reflections by rasterizing a cubemap around the object. Then it can be used as an environment map during shading, by sampling the cubemap along the reflection vector calculated in the shader.

Many games use pre-rendered cubemaps to render static environment reflections on characters and dynamic objects; somewhat less commonly, you can also dynamically re-render a cubemap every frame to get dynamic reflections of other objects. This might be used on the cars in a racing game, for instance.

The advantage of cubemap reflections is that they can be applied to any shape of object, not just planar ones. However, since the cubemap is rendered from a single point, the reflections have increasingly incorrect perspective and occlusion the farther you get from that point. This can be partly addressed by parallax correction, and by blending between multiple cubemaps based on location, but ultimately cubemaps just don't give you the accuracy of either planar reflections or raytracing. Moreover, re-rendering a dynamic cubemap every frame is quite expensive, as it requires 6 extra rendering passes (one for each face of the cube).

There are also cases where rasterization is used to build an initial data structure for ray tracing / casting to traverse into.

So yes, depending on what degree of approximation you can accept and what constraints you can work within, there are quite a few cases where mirror-like reflections can be achieved using rasterization, or hybrid rasterization/raytracing techniques.

There are some other details to worry about like not drawing stuff on the far side of the mirror when drawing the mirrored world which can be done with a second depth test (only draw stuff farther away from the camera than the mirror).

This works very well for flat mirrors, when you add curves things get a lot more complicated.

This is one of the most common "misconceptions" on rendering, rasterisation and ray-tracing. Don't get me wrong. This is a good question, but one that should be answered once and for all.

So to answer your question:

1) it is much easier to simulate reflection and refraction with ray-tracing than with rasterisation, which is often why when you see an image produced with a ray-tracer you see spheres reflecting each other.

2) the misconception (even among people working in the CG business) is that you can NOT produce reflection or refraction with rasterisation. In fact, you can.

Generally, ray-tracing/rasterisation have nothing to do with reflection or refraction or whatever else. These are two ways of solving a single problem which is to find out (in short) if two points in space are visible to each other (the visibility problem). Ray-tracing solves this problem in one way, rasterisation in an other. Rasterisation is very efficient at solving this problem from primary rays (or camera rays) and less efficient to solve this problem for secondary rays (reflection, refraction, shadows, etc.) than ray-tracing. Ray-tracing is slower than rasterisation for primary rays but offers a simpler solution for secondary rays compared to rasterisation. Yet ray-tracing is not good for solving problems like caustics, so this is far from being a solution to every problem in computer graphics. Yet rasterisation can be used (different techniques exist) to simulate reflections and refractions.

I am sorry to repeat myself here but there are resources on the web that explain this well. I am tired of promoting the same ones all the time but Google ray-tracing vs rasterisation (I have just done it) and you will stumble upon a couple of good ones. You now just need to make the effort to read.

Not the answer you're looking for? Browse other questions tagged raytracing rasterizer reflection or ask your own question.

6
Fundamental drawbacks of rasterization over ray tracing
5
Refraction in a Ray Tracer: What do with an intersection within the medium?
1
Which technique is fast to generate real-time reflections?

14
Radiosity VS Ray tracing
5
What effects does path tracing capture that recursive ray tracing does not?
4
What's the concept of "Ray" really?
6
realtime dynamic reflections, which way to go?
3
Tracing shadow rays in a scene with mirrors
0
Ray tracing in One weeked: issue with metal reflection
6
Fundamental drawbacks of rasterization over ray tracing