Correctness of logical steps for create the matrix of viewing transformation

In general, I understand the creation of viewing transformation matrix, but I have my doubts.

Each vertex of the world must be "mapped" to $B$. The axes of $A$ and $B$ aren't aligned so a translation isn't enough, but there are two necessary rotations (around $x$ and $y$ of two certain angles).

I want to know if I am proceeding in a correct way. For overlapping the axes from $A$ to $B$ these are the following steps:

My main doubt is if it's correct, for converting $A$ and $B$, to do a translation first.

In general, is this process correct?

In general your math is correct, i.e. the order of matrix multiplication is reversed for the inverse calculation. It's just that normally these transformations are combined to a single 4x4 transformation matrix which does rotation, scaling and translation, and then you just work with that single matrix instead of it being decomposed to separate rotation & translation matrices. Anyway, if you want to decompose the matrix multiplication, based on the above you would do:

I would like to address an issue in your naming. This issue makes the question a bit odd, but not impossible, as I will try to show.

There is an, often unspoken, implied relationship between the matrices. For a matrix to be meaningful there has to be a common ancestor of the matrix that all matrices relate to. See a transformation chain works like a disk system or the root node of a XML document. There is always a base node, in computer graphics texts we choose to call this node World*. Calling something else world is just defining your own definition of things. 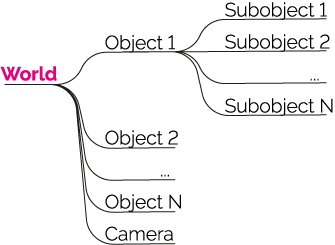 Image 1: The implied hierarchy of matrices, we have agreed to name the root World.

Now there is assumed to be nothing outside the world. Although just like zeroes before numbers there is a possibility of infinite worlds within worlds, but those extra worlds do not participate in our model so they hardly matter.

The hierarchy determines how the matrices interact with each other. All matrices are identity matrices ($I$) when viewed from inside the object. Therefore we have the following property for world:

Anything else would imply that World is not World but rather an object as @JarkkoL's answer implies, so there is yet another World outside what you call World. Also because world is the identity it can be omitted from your calculations, which is why it's sometimes left unnamed.

Now it is obviously possible to name objects. This is smart as it makes talking about things easier. So you could call a bicycle object object "bicycle", makes sense. In fact we do this by calling the camera, "Camera". These names are arbitrary, so it is possible to call an object space World. But then the discussion just drops into confusion.

Now we can address the confusion as your description is ambiguous. This is also is why you have problems reasoning about this. So either what you describe is like:

Image 2: Since you have renamed World we do not know what your relationship is.

So by reinventing naming convention you have made the question confused. If you had not then there would be a really easy rule you would append the multiplication as normal as long as you move towards the world and inverted if you move away from the world.

* There are traditions where this is called the Inertial frame, Reference Frame and even sometimes rarely Base.

Not the answer you're looking for? Browse other questions tagged rendering transformations mathematics matrix camera-matrix or ask your own question.

3
Correct view-space transform
2
Object rotating around origin instead of object center?
7
Animating a smooth linear transformation
3
Ladder to DNA using Transformation Matrix
1
Building view transform matrices
6
What does it *mean* to scale in an arbitrary direction?
2
Correctness or otherwise of the procedure for generating an orbiting camera in WebGl
2
Is there a better, more elegant way of translating/rotating my camera in my 3d raymarched world or am I stuck with trigonometry?