Why shouldn't Bump, Normal and Displacement maps be gamma corrected?

So I'm trying to wrap my head around this from a fairly technical point of view.

When you add a Bump or Normal or Displacement map in your shader they should not be gamma corrected. But diffuse textures should be. But why?

When you save a file in 8bit (or 16bit Integer) with a format like JPEG, PNG or TIFF they get the gamma of 0.4545 (1/2.2) burnt in. So a camera captures the light from the real world (that is linear) and when saving the photo as a JPEG a gamma value of 1/2.2 is added, as a way to compress the information into 8bit, and then when you view the image on a monitor that adds a gamma of 2.2 making the luminance linear again.

So when using a diffuse textures (like a photo) you need to a "remove" that 1/2.2 gamma to make it linear (called linearizing) so now the texture looks darker but these values are correct from a mathematical standpoint so the renderer will make the correct calculations. Side note: the software used a display gamma of 2.2 to make sure the textures looks correct it's just for the internal calculation that they are linearized. But when I create a Bump map in Photoshop and save that as a JPG or PNG then that 1/2.2 gamma is burnt into that image as well, so why doesn't this Bump map need to be linearized as well?

If I load a Bump map in 3ds Max with a input gamma of 2.2 just like a would do with a Diffuse texture, the diffuse looks right but the bump looks wrong, so I have to set the input gamma to 1.0 for the bump in order to make it look right, but as I said: why, both image files have the 1/2.2 gamma burnt in, right?

It depends on how you create the map! Consider the following and let it sink in for a while before you go forward:

Now a bump map is pretty hard to draw with a paint application. Because its hard to see even if you were correctly linear. So you end up using such things as looking at values. Now here is the catch:

Ok, so now I have described that the data is up to interpretation. But why would you interpret the data as linear? Because then you can design your side profile better. See what you can do is think of 100% opacity of your brush as the target height you want to carve or layer to. You can then use the curves tool to design the shape of your stamps brush (since you think the data is linear).

Now if you do something like this then your image is linear despite what everybody tells you. You have decided to discard the image rules that says otherwise. And that is why the image is linear, the author chooses for it to be linear so its easier to work with. 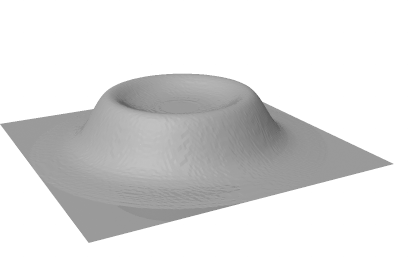 Image 2: Same image displaced and interpreted linear (note I scaled the height a bit to fit to my default bb size), working as intended.

A synthetic map has no benefit of compressing certain values on the expense of others. Linear is inherently better because the spread of your bump is better that way. Which is why you'd be wasting resources encoding it in a gamma corrected manner.

Secondly a image does not need to specify what color space it is in. Its just that image editors will assume it is sRGB encoded. You have no reason to do same interpretation, no info means just: "Nobody bothered to write down what they were thinking". So maybe the point should be made you should tag it linear. But here is the rub... your computer does not come with a easily accessible linear profile.

What about Photoshop and blur?

This is where it gets tricky. Photoshop tries to do quite much work to ensure that you do not need to know anything about this stuff. And this is where you shoot yourself in the foot. Se Photoshop is not meant for texture making, its meant to edit images not random data. So since blur on a image is different linear and nonlinear it wont work its geared to wrong data.

But you can do one of 2 things to fix this:

The reason you have a hard time with this is

Point one is especially confusing. I just know that ALL my bump and displacement maps are in fact linear. But I can not know what your maps are. Odds are they are linear because its nearly universally understood that the data is linear. Even people who do not know about gamma tend to do it linear for bump/displacement for some reason (because its easy and that's what you think images are until somebody tells you otherwise).

The camera detects a 50% intensity but is going to save it as a 187 instead of 127, because that is more efficient to keep the color information that matters to the human eye when you have only 256 different possible values. And so does Photoshop if you tell it so.

For normals or displacement maps, you don't have this need so there is no reason to use gamma space for them (using gamma for them would actually be a mistake, since it would affect how precision is distributed). Thus when you decode a normal texture or a displacement texture, you don't need to apply gamma.

If the normal map is encoded in a different space though, as can be the case for a G-Buffer for example, then you have to apply the corresponding correction.

JPG, PNG or any other 8 bit image formats do not intrinsically have 1/2.2 gamma associated with it. They just store values from 0-255. How that data is interpreted depends on the software that reads and writes those files. The interesting fact is that most image editing software uses gamma color space by default. All the brushes, effects, filters and even the color picker all operate in gamma space. Just look at the shades of gray on the color picker in Photoshop. They do not follow a linear distribution.

The consequence is that Photoshop does no conversions between gamma and linear color space when opening or saving an image (by default), only when displaying it. That means that you can just as easily use it to create or edit linear data such as a heightmap as you can edit photos. The bump map does not look correctly when loaded with gamma correction, because it wasn't saved with it.

Actually, if your bump or displacement map is saved with that 0.45 gamma correction, it's wrong. These maps contain geometrical information rather than colour, and as such, should be simply encoded linearly.

For a related issue and a fix for Adobe Photoshop, see this slide deck: https://docs.google.com/presentation/d/1vS5nAAnXbZ8Pt6-dXxy-xEXDkjfjXTmNnthNGccorl0/edit#slide=id.g14b3e28660_0_8

14
Should the alpha channel be gamma corrected