Estimating the area of a triangle-circle intersection

I am trying to implement Ray Tracing with Cones (Amanatides 1984). Instead of rays, cones are shot into the scene and intersected with geometry. Since multiple triangles can occupy the cone's aperture, we need to calculate (or rather quickly estimate, since cone tracing makes a lot of approximations anyway) the relative area of the circle that is covered by the triangle. Afterwards, the individual contributions are weighted and summed up.

The author, unfortunately, does not give a lot of detail about his solution. Here is what he writes on cone-plane intersections:

The spread angle and the angle between the ray and plane computed above together indicate how the distance between the center of the circle and the edge of the half plane [sic]. Given this distance, the area of intersection is computed using a polynomial approximation. This completes the intersection calculation for planes.

And then, after projecting a polygon to the plane perpendicular to the direction vector of the cone:

We then must calculate the intersection between the projected polygon and a circle. This can be accomplished by calculating the distance from the center of the circle to each of the edges and then using the circle - half plane intersection estimation mentioned earlier.

I found a solution to the problem over at StackExchange. I have ported the code from NowIGetToLearnWhatAHeadIs' answer, and it works fine, but seems pretty complicated to me. I am working with Compute Shaders, so branching is a bad thing, and the solutions rely heavily on it.

Working Towards an Exact solution

Just some quick thought before I must run!

Ok, let us turn the problem on its head. What if one does not calculate the area of the triangle cut by the circle. Instead let's calculate the inverse of this. The area of three segments cut out of the circle. The beauty of this approach is that we can make a single piece of code that we can repeat three times. Of course some of the time the answer will be 0 but that is OK. 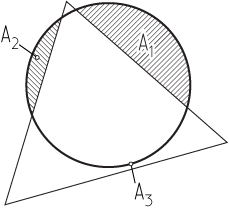 Image 1: Let's calculate this problem instead. 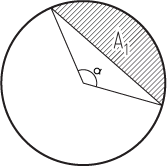 Image 2: We know this solution.

The formula for the area of a segment is simply $A_{sector}-A_{triangle}$ and that has a well known solution in literature.

So now all you need to do is find the intersections between the edges and the circle in a space centered on the circle, calculate the angle between those and then calculate each segment. And the only special case is if no intersection exists. I dont know if this is fast but at least code should be somewhat easy to implement.

Not the answer you're looking for? Browse other questions tagged raytracing performance computational-geometry compute-shader or ask your own question.

10
Ray Tracing with Cones: coverage, overlapping and abutting triangles
3
Meaning of the parameter in a line-plane intersection in the space
3
Solid angle and surface area values in (photometric) raytracing
3
An algorithm to find the area of intersection between a convex polygon and a 3D polyhedron?
4
Vertices of a regular polygon given the incircle radius
2
Strange sphere reflection effects in ray tracing project. I cannot figure out what causes them
4
Hard Shadows with Dielectrics/Transparency