I've been playing around with shadow mapping in OpenGL using depth textures. The depth texture is fine and I can map it onto the scene but I have some strange artefacts on the back of the object: 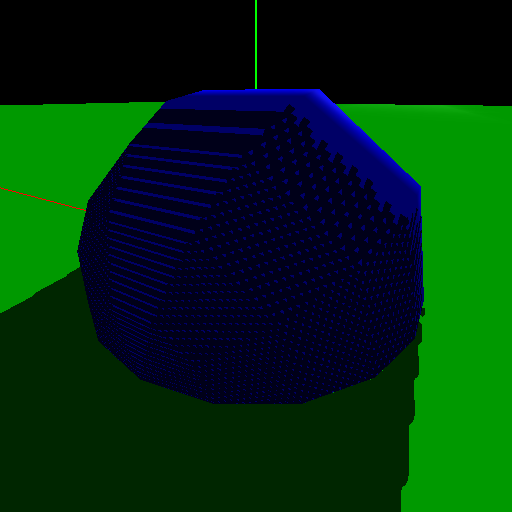 My question is what is causing this and how can I fix it?

The fragment shader I'm using is fairly straightforward (I stripped out the colour for simplicity in case you're wondering why there's no blue here):

Edit: As requested, minimum working example screenshot that uses only the above code (no colour). 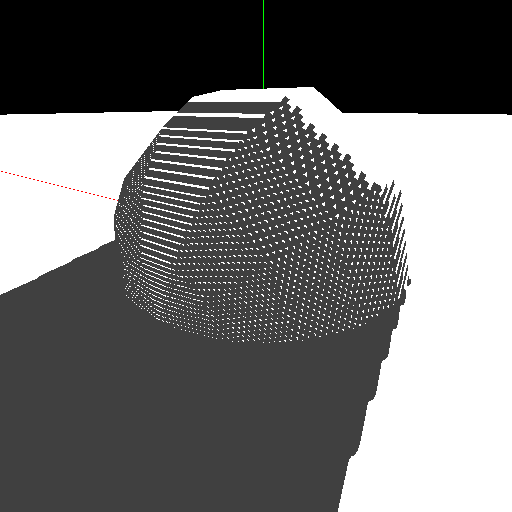 This issue looks like standard shadow map acne artifacts. Additionally your's lighting equation is incomplete or wrong. Light shouldn't influence faces with normals facing away from it. This also means that with a proper equation the "dark" side of the sphere shouldn't have any acne artifacts.

There are three sources of acne artifacts:

To sum up, a tight frustum with a few cascades and some bias tweaking is enough to get the general case working (directional light). Start tweaking by disabling shadow filtering and tweak for filtering only when basic shadow maps are robust enough.

Additionally apart from the constant depth bias (which you currently use) you should also add slope depth bias and max slope depth bias. Both can be be implemented either as render state or as shader code during shadowmap rendering. Slope depth bias is simply a magic bias value scaled by dot( normal, lightDir ).

There are some additional interesting methods and most of them are implemented in the excellent demo: Matt Pettineo - "A sampling of shadow techniques".

Not the answer you're looking for? Browse other questions tagged opengl glsl shadow-mapping shadow or ask your own question.