Is there an established method of approximating dust distribution on surfaces?

Intuitively, dust settles onto surfaces at a higher rate in areas where the air flow is slower. This means instead of a surface gathering an even layer of dust, there will be more in corners - corners of a room/shelf, corners formed by the placement of objects on a surface, concavities in a surface.

I can get an increase in realism simply by making the thickness/density of dust reduce with distance from an object, and combine that effect for several objects including walls. This naturally gives the expected ordering of thicknesses - the edges of a floor have more dust than the centre, the corners where the edges meet have more dust then the centre of the edges. However, the increase in realism from getting the order correct still leaves the problem of getting the ratio right. There is more dust in the places you expect to have more dust, but not necessarily the right amount more.

Is there an established method of approximating a realistic ratio of thickness between different points on a surface? I don't need this to be completely physically accurate (that would need to take into account objects that move through the environment during the long period taken for dust to accumulate). I'm just looking for average behaviour that will look believable to the human eye.

In searching online I've mostly found atmospheric models for suspended dust, rather than a way of modelling dust deposition on a surface.

My attempts - linear and exponential distributions

Here is some code in Python 3 using pillow (the PIL fork) that demonstrates a couple of distributions I have experimented with:

Imagine looking down from above on a white shelf that has had drinking glasses placed on it. Some time later the glasses are removed to leave dust free circular regions and a distribution of dust over the rest of the shelf. The dust is affected by the positions of the glasses and the back and side walls. The front of the shelf (bottom of the image) is open, with no wall to increase dust. 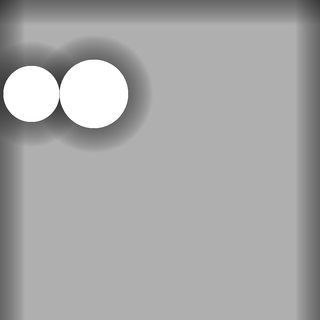 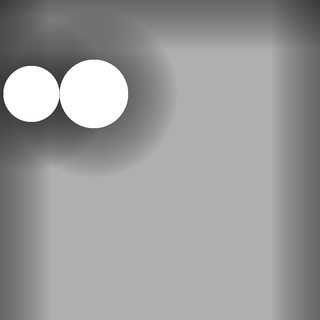 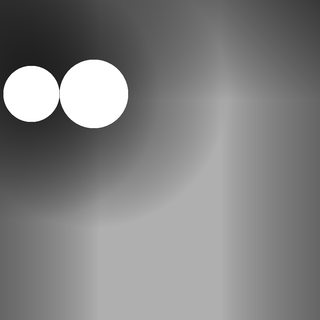 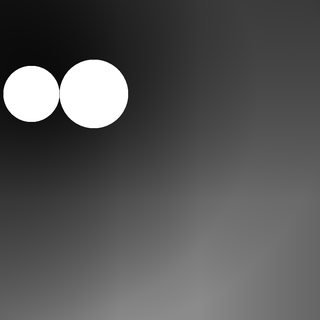 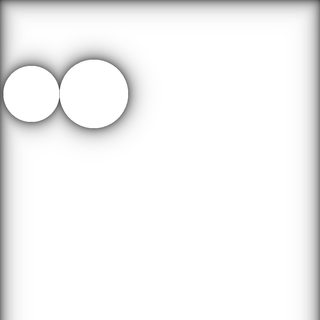 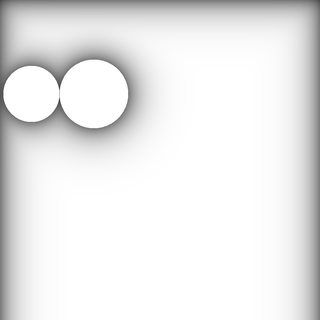 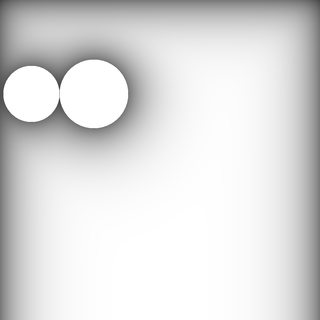 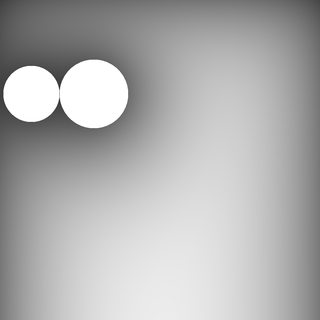 I expected the exponential version to be closer to reality, and I prefer the result visually. However, I still don't know if this is close enough. 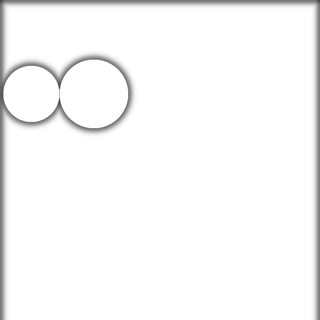 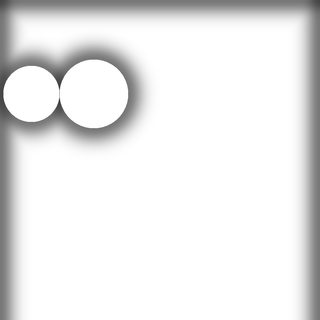 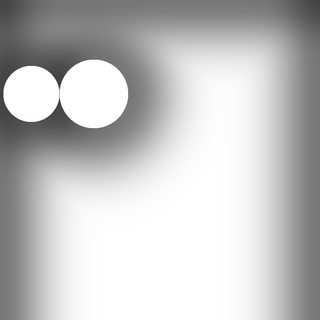 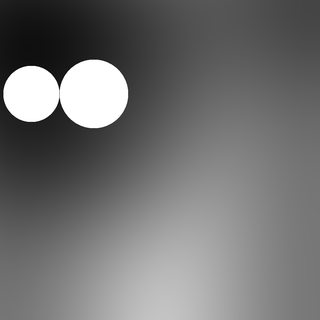 I quite like this too, but I still couldn't guess which of this and exponential (exp(-distance)) is best.

In this paper, we present a new model of snow accumulation and stability for computer graphics. Our contribution is divided into two major components, each essential for modelling the appearance of a thick layer of snowfall on the ground. Our accumulation model determines how much snow a particular surface receives, allowing for such phenomena as flake flutter, flake dusting and wind-blown snow. We compute snow accumulation by shooting particles upwards towards the sky, giving each source surface independent control over its own sampling density, accuracy and computation time. Importance ordering minimises sampling effort while maximising visual information, generating smoothly improving global results that can be interrupted at any point. Once snow lands on the ground, our stability model moves material away from physically unstable areas in a series of small, simultaneous avalanches. We use a simple local stability test that handles very steep surfaces, obstacles, edges, and wind transit. Our stability algorithm also handles other materials, such as flour, sand, and flowing water.

Its project page contains explanations and example images. A PDF is here.

This paper describes a dust modeling technique. An empirical method is used to visually simulate the effect of dust accumulation on object surfaces. The dust amount is first predicted based on the properties of the surfaces: the surface inclination and stickiness. This predicted amount is then adjusted according to some external factors: surface exposure to wind and scraping off by other objects. The calculated dust amount is finally perturbed by a noise function on rendering to give a fuzzy visual effect.

Not the answer you're looking for? Browse other questions tagged distribution or ask your own question.

9
Reasons of the assumptions for the microfacet distribution function?
2
Troubleshoot half vector sampling from a distribution (cook-torrence, trowbridge-reitz, etc)
0
Equally distribution on triangle surfaces