I would like to add full monte-carlo volumetric scattering to my path tracer, but I'm having a hard time researching how to do it. Let me explain what I would like to do: 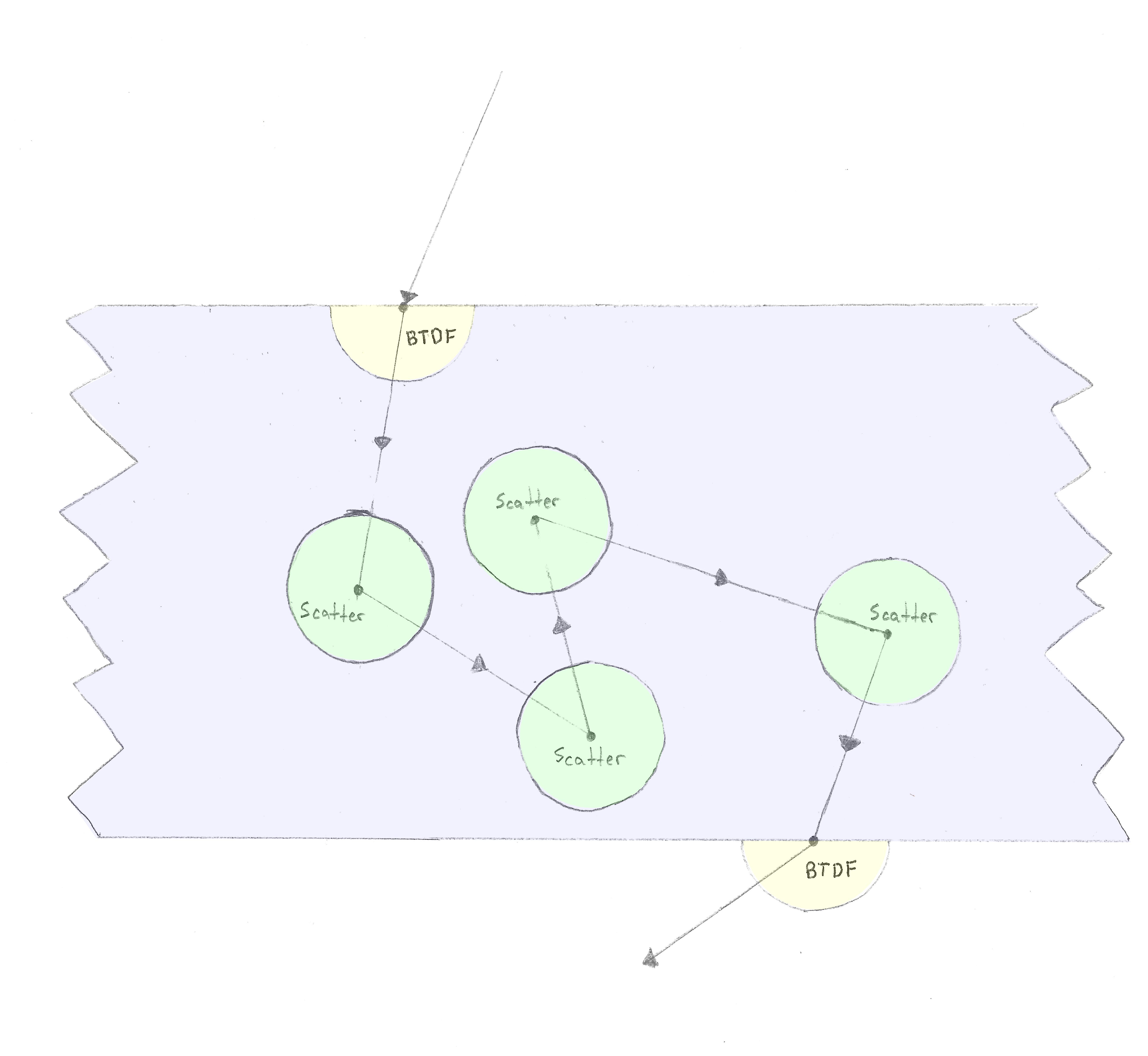 A ray enters a material, and we apply the BTDF, then after some distance, a volumetric scattering event happens, after which (in the isotropic case), the ray scatters in any direction in the sphere. This repeats until the ray exits the material with another BTDF.

My questions are as follows:

First of all, a good reference for Monte Carlo path tracing in participating media is these course notes from Steve Marschner.

The way I like to think about volume scattering is that a photon traveling through a medium has a certain probability per unit length of interacting (getting scattered or absorbed). As long as it doesn't interact, it just goes in a straight line unimpeded and without losing energy. The greater the distance, the greater the probability that it interacts somewhere in that distance. The interaction probability per unit length is the coefficient $\sigma$ that you see in the equations. We usually have separate coefficients for scattering and absorption probabilities, so $\sigma = \sigma_s + \sigma_a$.

This probability per unit length is exactly the origin of the Beer-Lambert law. Slice a ray segment into infinitesimal intervals, treat each interval as an independent possible place to interact, then integrate along the ray; you get an exponential distribution (with rate parameter $\sigma$) for the probability of interaction as a function of distance.

So, to answer your questions directly:

Not the answer you're looking for? Browse other questions tagged pathtracing monte-carlo volumetric-scattering or ask your own question.

9
A recent approach for subsurface scattering