Rendering in radiometric units or photometric?

In traditional rendering, it is typical to do all the calculations with radiometric units, either as full spectral rendering, or component-wise (XYZ, RGB, etc).

However, as modern rendering adds more physically based models, it's convenient for artists to be able to specify values in the more familiar photometric units, for example, intensity of a light in lumens. 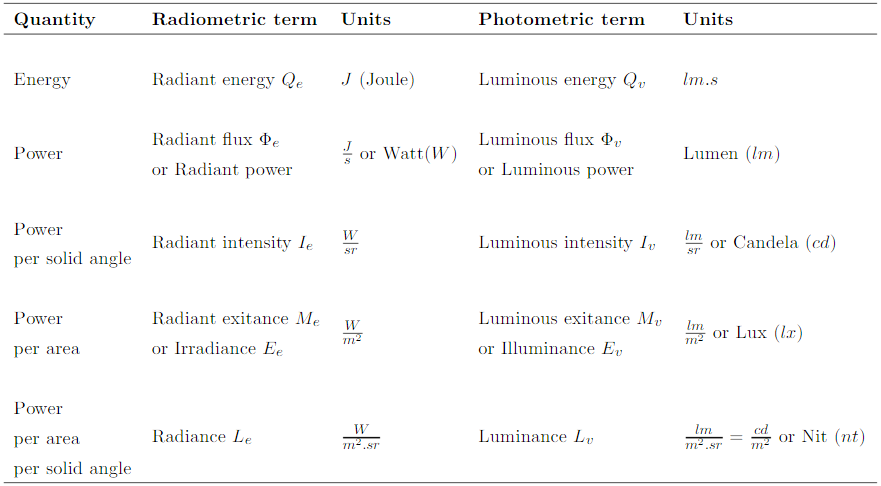 In order to keep the pipeline all in one type of unit, you can do one of the following:

My questions then are these:

It's fine to use photometric units as an overall scale for setting light brightnesses. However, there's a technical subtlety you should be aware of. I'll quote from a blog post I wrote on the subject last year:

With RGB images, it’s important to recognize that our display devices behave more radiometrically than photometrically. A red pixel value of 255, and a green pixel value of 255, both result in about equal amounts of radiant flux (watts) being generated by a pixel on a screen—not equal amounts of luminous flux. By the same token, digital cameras capture pixel values that correspond to radiant flux, not luminous flux.

That’s why we need to use luma coefficients when converting images to grayscale, or calculating the brightness of a pixel, to get a perceptually accurate result; and it also means that rendering RGB images proceeds more naturally in radiometric units than in photometric ones.

In other words, the wavelength dependence of photometric units is different to what you might be expecting. In ordinary RGB color spaces, white is (1, 1, 1) and has a roughly flat radiometric spectrum; but in a supposed "photometric RGB", (1, 1, 1) would not be white; it would be a purpleish color, with less energy in the green range and more in the red and blue ranges. A similar problem would afflict spectral renderers trying to measure all their bins in wavelength-dependent photometric units, but even worse, as the radiance needed to generate a given luminance diverges toward either end of the visible spectrum, where the human luminous efficiency function goes to zero.

So, if you wish to use photometric units, IMO it's better to "cheat" a bit and not use true wavelength-dependent photometric units, but just use some fixed wavelength (such as 555 nm green, which is the peak of the human luminous efficiency function), or perhaps an average over the spectrum, as a reference unit, and apply that single unit to measure all wavelengths. This will get you in less trouble when importing RGB colors and spectra from other sources, and when generating them as outputs.

Not the answer you're looking for? Browse other questions tagged pbr render photometric or ask your own question.

5
How to use Photometric Units with Rendering Equation?