I would like to implement a Maya plugin (this question is independent from Maya) to create 3D Voronoi patterns, Something like 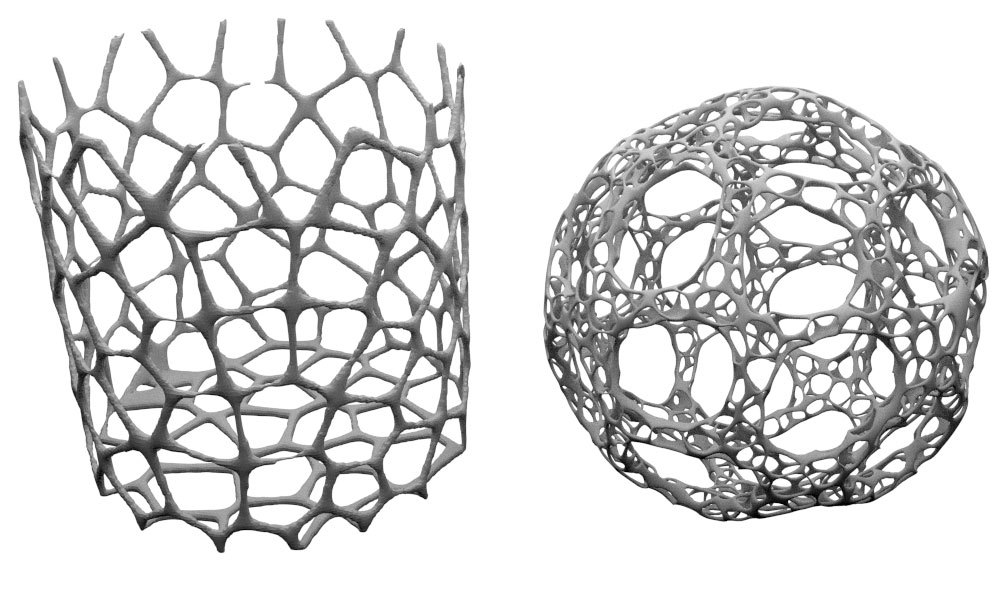 I just know that I have to start from point sampling (I implemented the adaptive poisson sampling algorithm described in this paper).

I thought that, from those points, I should create the 3D wire of the mesh applying Voronoi (I tried to use (Python) scipy.spatial.Voronoi but the result was something different from what I expected).

I am missing something? Can anyone suggest the proper pipeline and algorithms I have to implement to create such patterns?

[EDIT] Here are a few example of what I get handling the result i get from scipy.spatial.Voronoi like this (as suggested here):

The grey vertices are the sampled points (the original shape was a simple sphere): 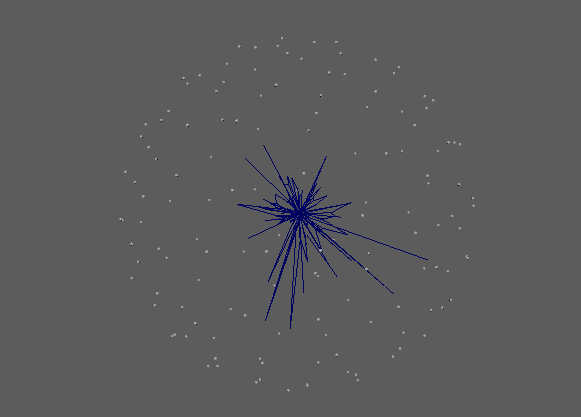 Here is a more complex shape (an arm)

http://www.cs.sandia.gov/~samitch/papers/vor_final.pdf There isn't the computer algorithm in any programming languague, but u should be able to replicate it easily with some Plane Reflections and the algorithms from the above link.

Not the answer you're looking for? Browse other questions tagged 3d geometry mesh polygon or ask your own question.

3
Count number of green fragments that are within a given distance from each screen fragment
3
How to properly direct light sample GGX in path tracing
1
Topology: Polygonal Meshes, Euler's Formula
0
how to draw mesh equal distance from irregular shape geometry bounding box
4
Surface fairing, implementation detail
0
How to rotate a shape in another 3D software so that the rotation matches with the rotation in Blender?
4
Creating a Smooth 3D Mesh from a 2D Outline