I've been trying to understand some of the physical principles behind light and material interaction lately. In his talk Physics and Math of Shading, Naty Hoffman explains Fresnel reflectance and defines the characteristic specular color F0 of a material as the Fresnel reflectance at 0° incident light angle.

All of this doesn't make too much sense to me. A value greater than 1 would mean that in the wavelengths contributing to the red channel, more energy is reflected than is received. Does this really happen, and if so, how and why?

In addition, here is a reflectance curve from Wikipedia for some materials including gold (Au). The curve is certainly high for red wavelengths around 600nm but does not seem to go over 100%. 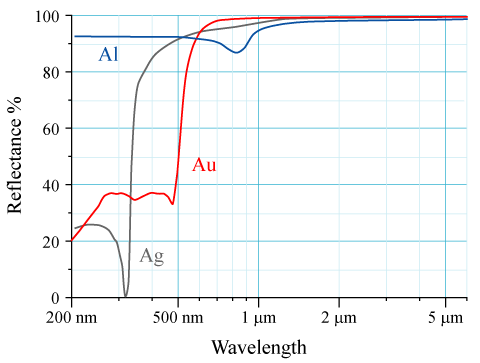 RGB color is a bit more complicated a subject than readily seems apparent. The reflectance wavelength diagram shows the reason quite well actually.

As a result one can not draw the conclusion that a reflectance color channel of greater than 1 automatically means that energy is inserted into the system. That is simply one of the possible interpretations.

Another interpretation is that the color is more intense than your color space allows. As a result your color vector component could be over 1.

Human eyes may also bleed color from one sensor to another due to overlap of the sensors. Such things happen with the sky which seems light blue, but is actually far darker blue but so intense that we see it as light blue. But in 50% reflections it would look wrong if we wouldn't account for this.

In the end, it can also mean energy is inserted into the system. Either the energy comes from elsewhere or is generated by the surface.

Rendering is often not a scientific measure of things. No energy principle needs to be broken to achieve this.

Color is often a compound attribute at the same time as it measures energy levels it also measures something other. Namely the location in the color space. Thus you can not differentiate the two signals (energy and color intensity) easily. 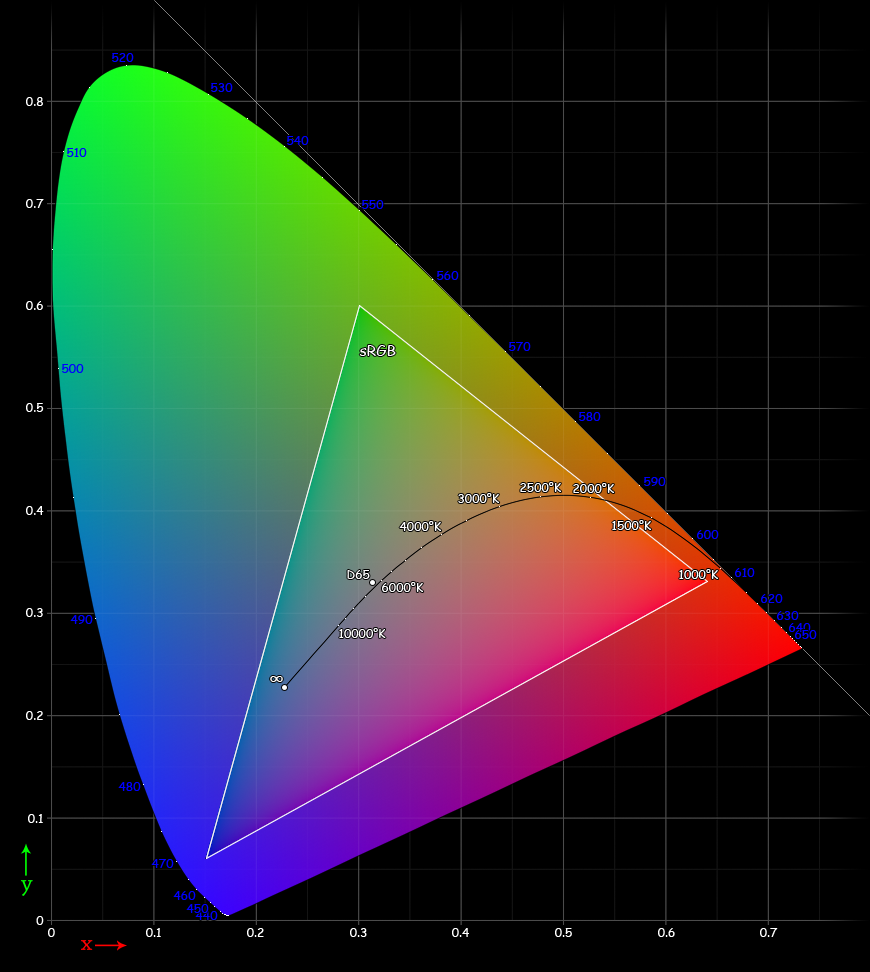 Encoding the reflectance of a surface as the color at F0 and getting a value that is outside of the (somewhat arbitrary chosen) sRGB gamut is totally reasonable. It just means that gold is "more red" than sRGB can represent, because it reserves valuable area of its dynamic range for other colors.

Not the answer you're looking for? Browse other questions tagged physics brdf or ask your own question.

34
How physically-based is the diffuse and specular distinction?

11
In a physically based BRDF, what vector should be used to compute the Fresnel coefficient?
5
Fresnel and specular colour
8
Why is the half vector not used in diffuse BRDF Fresnel calculations?
5
"Artist Friendly Metallic Fresnel" reversible?
2
Rendering Equation for photons carrying flux
2
Physically Based Shading for Diffuse surfaces
0
Correct way to think about Fresnel effect