I have a working oct-ree raytracer and I am applying it to the sponza.

The algorithm I have designed works like this at a high level:

To try to show a picture:

Some features of this algorithm that should make it efficient are, we never check all 8 children of a voxel we check at most 4 at any one time. We never need to sort them, because we are using a grid traversal to collide with them, so we know which one is closer and which one is furthest from the starting point of the ray.

Despite all of this and my best efforts, the algorithm is not running in real time. A 256 resolution SVO of the sponza is rendering at 200 ms per frame on a GTX 1070, I strongly believe there are mechanisms to get this working faster but I am somewhat out of ideas. 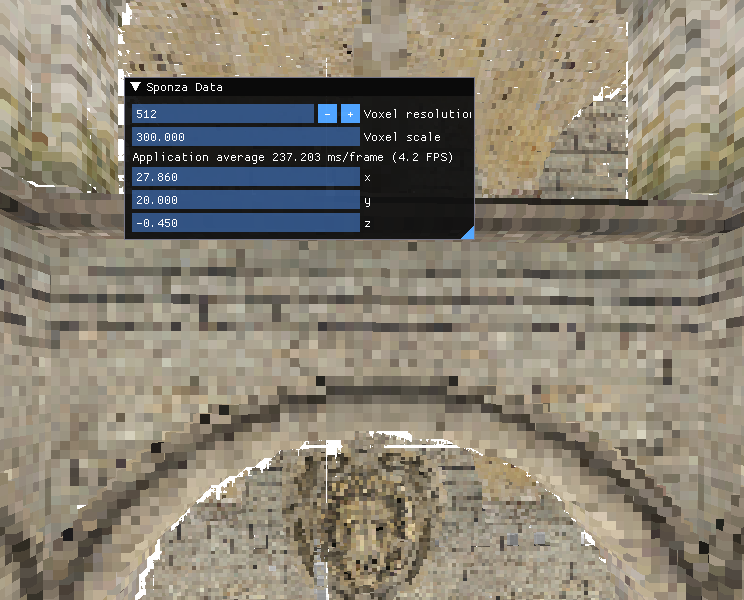 Browse other questions tagged raytracing performance voxelization or ask your own question.

5
What effects does path tracing capture that recursive ray tracing does not?
2
Vector Math for Raytracer
5
Reduce kd-tree's nodes' bounding box sizes to their shapes' extents?
2
Problem of understanding the coordinate systems involved in ray tracing
2
Regular voxel grids and RTX accelerated ray tracing
2
Strange sphere reflection effects in ray tracing project. I cannot figure out what causes them
0
What is the PDF for path tracing in the paper "Learning the light transport the reinforced way
0
Ray-Marching: Rendering a Voxel Grid with Proper Normals