Is drawing Bezier curve with scanline algorithm possible with Vulkan?

As an information, Vulkan is a low-level abstraction layer thru modern GPU. It allows programmers to program the GPU and assemble rendering pipeline. On that pipeline, there are modules of program which are called "shaders". As a programmer, we only have control on programmable shaders, not fixed shaders. For simplicity, let's only use two types of programmable shaders:

From those shaders, I would like to implement bezier curve (for shape) and scanline algorithm for fill color, rendered with GPU. The planned result would be like this. 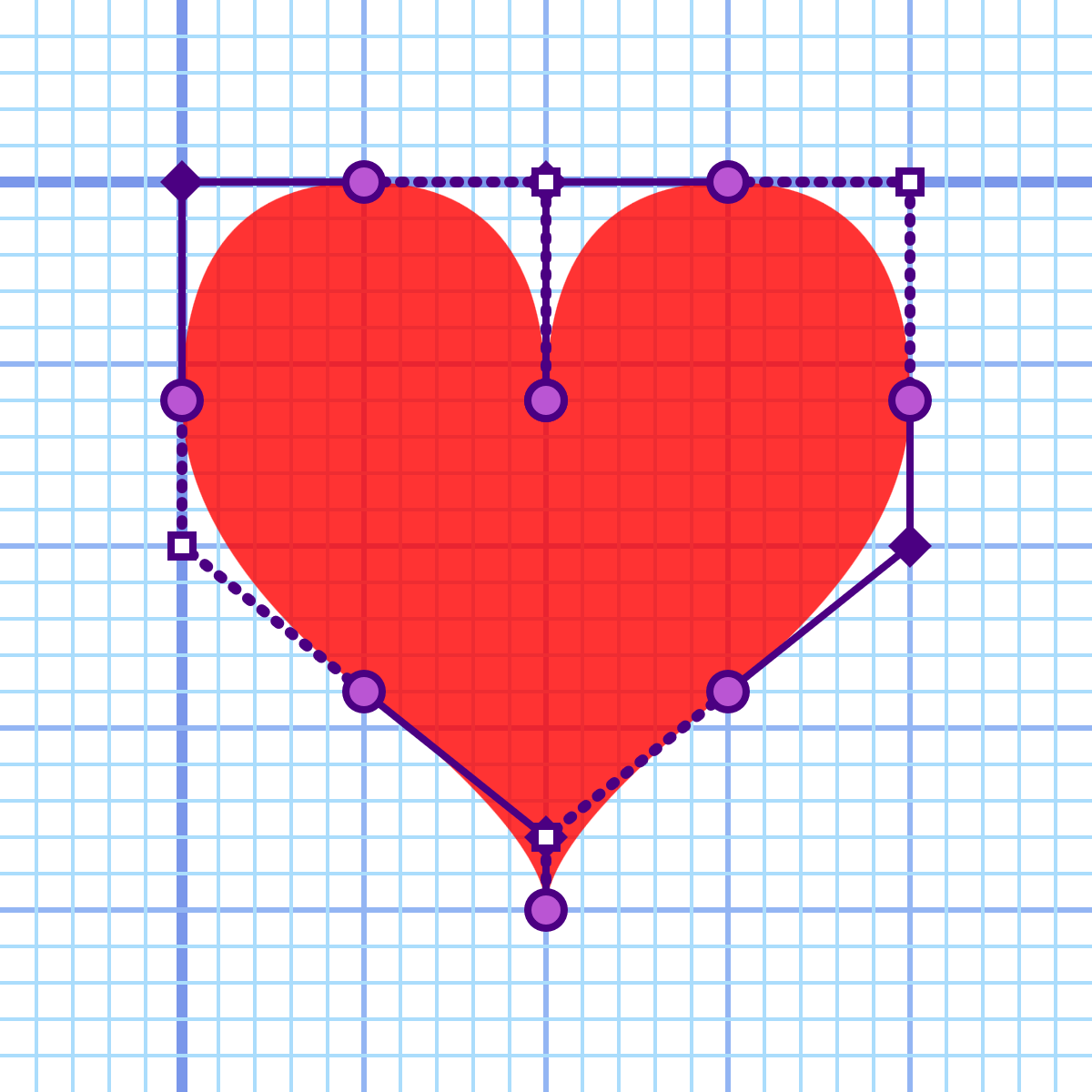 NOTE: I already explored learning resources via internet. However, none of them actually talks about bezier curve + scanline algorithm implementation with Vulkan. Perhaps I missed something? Please let me know

The typical solution is to compute a bounding structure using triangles that would be transformed by the vertex shader. The bounding structure is computed to be large enough to fit the entire curve that will be drawn inside of it. It can be anything from a simple quad to a tightly fitted polygon.

The fragment shader then does the work of deciding which fragments get colored by figuring out if a fragment lies in the area shaded by the curve. If a fragment isn't shaded then either the fragment is discarded, it is set to some background color, or it's alpha value is set to be fully transparent depending on programs needs. And of course if it is shaded the color is set to the curve color.

Normally the computations are done in object space to help simplify some of the logic/computations in the fragment shader.

BTW this is a very general description of how fonts can be drawn directly from font outlines.

The reason you don't find a lot of information about this on the web is because it generally falls under more advanced techniques, there have also been attempts to create generalized algorithms that have several aliasing problems resulting from numerical instability.

8
Algorithm to find the center of a Bezier curve
3
Checking the correct offset direction for Bezier curve offset
1
Wrong tangential directions for cubic bezier curve
4
Is a single shader and 1x1 pixel white sampler more efficient than frequent switching between shaders with and without samplers?
0
Does Vulkan have the equivalent of OpenGL's separable shader program and pipeline?
1
Cubic Bezier Curve - General Questions