I'm trying to render multi-channel images (more than 4 channels, for the purposes of feeding it to a Neural Network). Since OpenGL doesn't support it natively, I have multiple 4-channel render buffers, into which I render a corresponding portion of channels.

For example, I need multi-channel image of size 512 x 512 x 16, in OpenGL I have 4 render buffers of size 512 x 512 x 4. Now the problem is that the Neural Network expects the data with strides 512 x 512 x 16, i.e. 16 values of channels of one pixel are followed by 16 values of channels from the next pixel. However currently I can efficiently read my 4 render buffers via 4 calls to glReadPixels, basically making the data having strides 4 x 512 x 512 x 4. Manual reordering of data on the client side will not suffice me as it's too slow.

But this requires me to magically adjust my fragment shader, so that every group of consequent 4 fragments would have exactly the same interpolation of vertex attributes. Is there any way to do that?

This bad illustration with 1 render buffer of 512 x 1024 4-channel image, is an example of how it should be rendered. With that I can in 1 call glReadPixels extract the data with stride 512 x 512 x 8

EDIT: better pictures What I have now (4 render buffers) 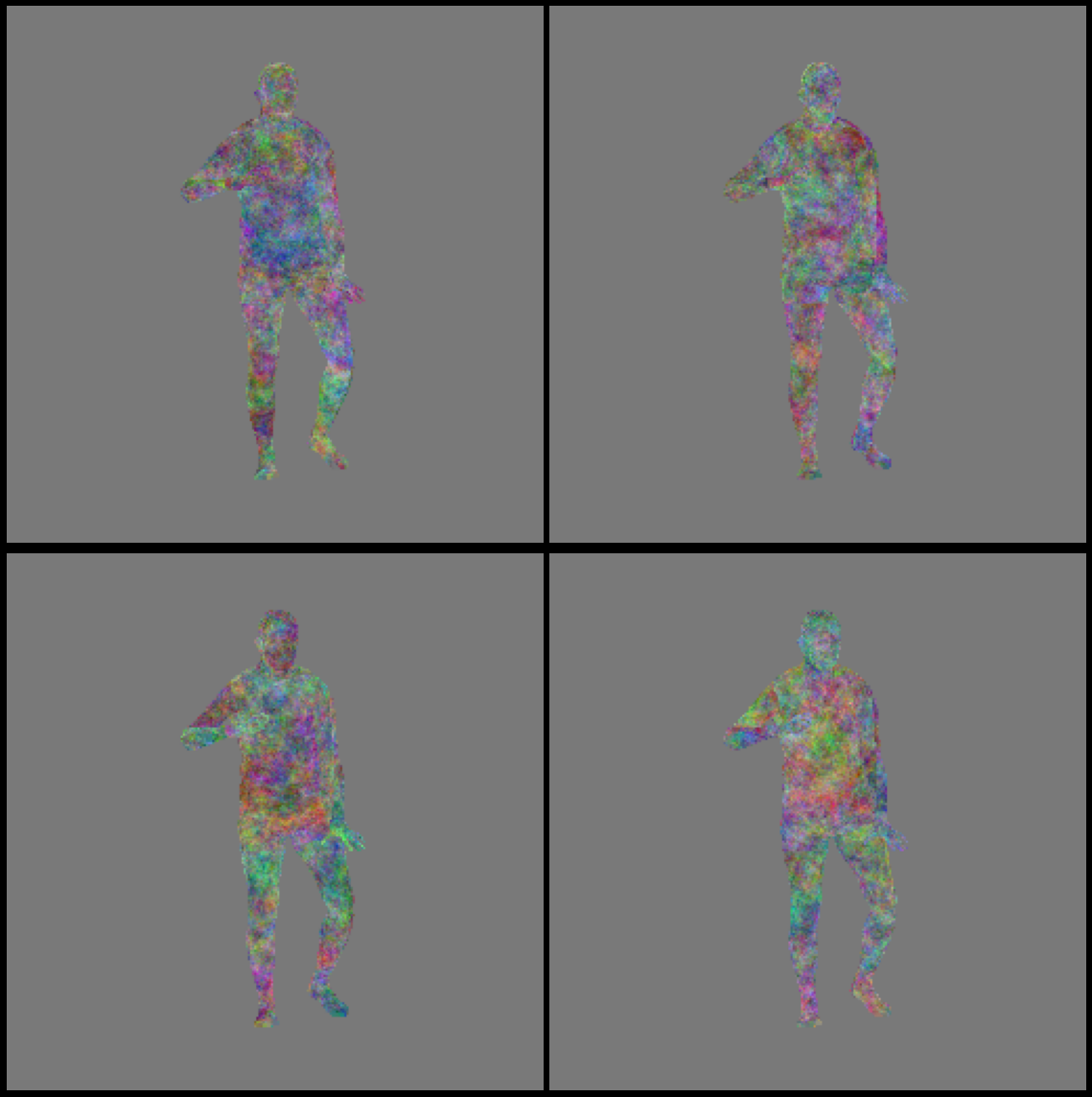 Browse other questions tagged opengl rendering efficiency or ask your own question.

3
Why is my fragment shader not showing any colors?
5
Efficiently rendering sprites
3
Benchmark GLSL fragment shader
4
Is a single shader and 1x1 pixel white sampler more efficient than frequent switching between shaders with and without samplers?
1
How to pass only the needed portion of the data calculated in a fragment shader to another fragment shader?
1
Understanding fragment shader coordinate system
0
Uploading interleaved data in gltf buffers