My problem is: I need to get the vertices of a mesh and send them to a shader.

Inside the shader I will reassemble the mesh from its vertices.

So far so good, I send the information and the shader tries to mount. But I'm not hitting the algorithm that assembles the new triangles. As seen in these images: 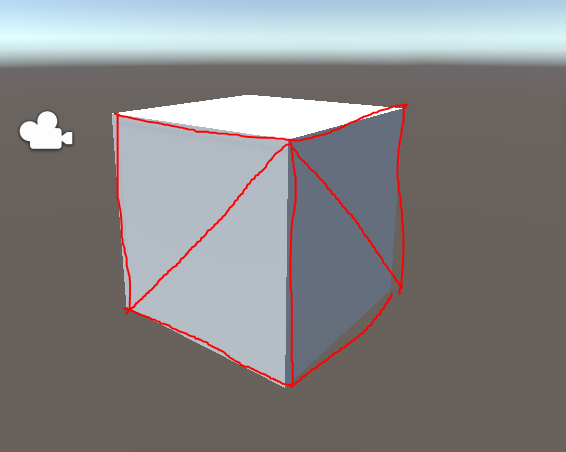 Triangles (Made by shader):

Each line of equal color; represents a triangle. Some colors end up repeating themselves, but I think you can understand. 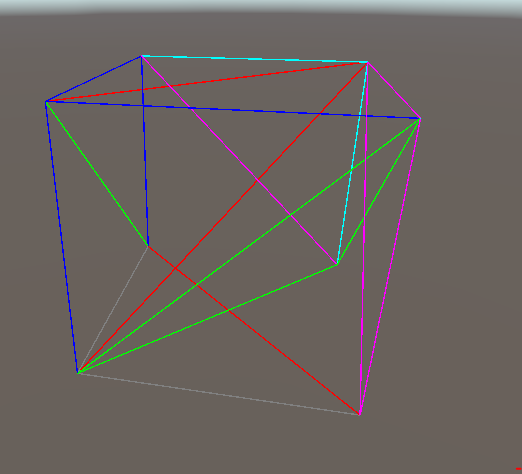 Basically I build a list already in the order of the triangles and then put together 3 by 3.

In other words, if vertices 1,2 and 3 form a triangle in the list, they will appear in this sequence.

"pto._pathTracingObject.indicesOffset" It's good for when I have more than one object in the scene, then I skip the vertices of other objects using this offset.

For example if I have 2 objects in the scene and the first has 10 vertices, the vertices of the second will be counted after those 10.

But this algorithm is wrong, as it is connecting vertices that shouldn't be together. "buildObjectList()"

For example, unity says my cube has 12 triangles. However, the algorithm returned 716 triangles. 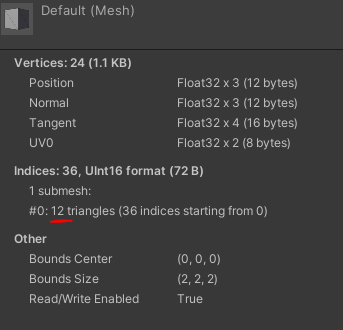 12
Ray Transformation to Object Space for Motion Blur
4
Weird rendering in rectangle mesh shader AKA Why has my basic shader become a modern art generator?
3
Most efficient way to render many OO meshes in OpenGL
3
Inconsistent shading in pathtraced image
4
Should you measure mesh complexity in triangles or vertices?
4
Creating a Smooth 3D Mesh from a 2D Outline