I came across some Non-Euclidean Games which involve Hyperbolic Spaces, Spherical Spaces, Portals, etc. And, I noticed that they give quite deep feel of what Non-Euclidean Spaces feel like. So, I was thinking whether space rendering was possible for other unconventional perspectives, for example, Hypercentric Perspective (Objects that are farther away from the lens produce larger images than objects that are closer to the lens, contrary to the human eye where farther-away objects always appear smaller.) Due to physical restrictions, only a handful of images for Hypercentric Perspective exists on the internet, but these should give some idea: 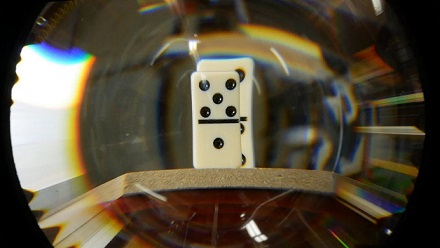 Now, my question is how to render Hypercentric Perspective in preferably 3 Dimensional Space?

I tried doing this in Unity by varying the physical parameters of the virtual physical camera, but it was no success. What can be the other way of approaching the problem? Preferably, the optimal approach? I'm very new to Computer Graphics so please pardon me if I missed something obvious here.

You can approximate the view of a hypercentric camera with an ordinary 3D perspective camera if you are able to manipulate the projection matrix, and/or reverse the direction of the depth test.

It's unlikely that any of this can be accomplished in Unity with the default camera model as it's not designed for these unusual situations. You'll have to get deeper in, to a point where you can manipulate render passes, the depth buffer, and the projection matrix.

The answer is yes.

The second one can be found in here.

The overview of the model 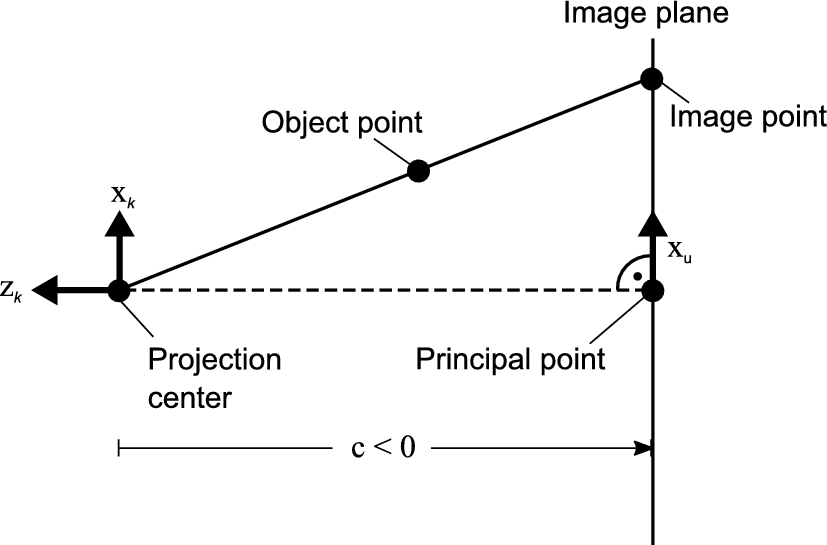 Here is a small discription in case the link goes away.

The description here is very brief, the paper in the link explains various transformations for arriving to the camera space as well; plus other topics such as camera calibration and stereo matching with hypercentric perspective cameras.

Not the answer you're looking for? Browse other questions tagged rendering physically-based perspective physics unity or ask your own question.