What does filter mean in glint rendering and texture mapping?

I bumped into the flowing when reading paper. Can anyone help to explain what does filter means in glint rendering and texture mapping? Thanks a lot! 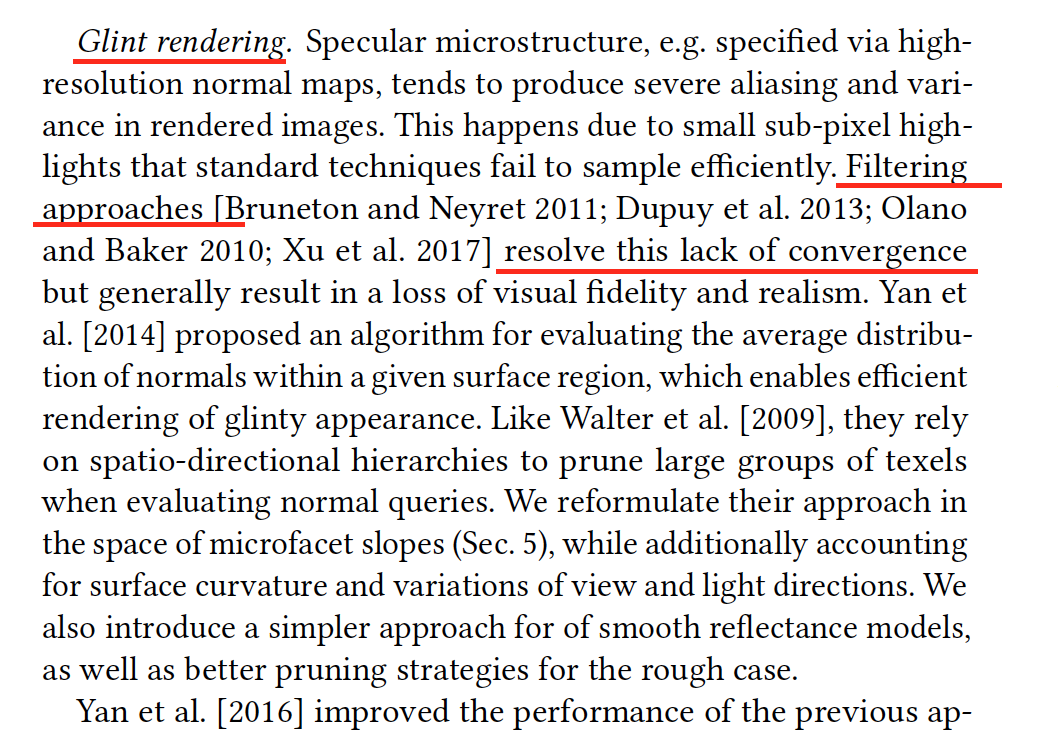 Filtering refers to image processing operations that generate a new image by applying a filter kernel to an existing image. This is used for many purposes, but one of the most common is to resample images without aliasing. For example, when generating mipmaps for a color texture, you will resample it to smaller sizes. The mipmaps are filtered versions of the original texture, where each texel in the mipmap represents a weighted average of a group of texels in the original.

In context of the paper, they're talking about applying mipmapping to NDFs (normal distribution functions). Just as you generate mipmaps for an ordinary color texture, you can map NDF parameters such as roughness into a texture and then generate mipmaps for those, in such a way that each texel in the mipmap represents an NDF that is representative of the range of normals in a region of the original normal map. You could describe this as filtering the NDFs. You can check out the Olano and Baker paper on LEAN mapping for more details about one such approach.

Not the answer you're looking for? Browse other questions tagged rendering filtering or ask your own question.

18
What is the "dipole approximation" for subsurface scattering?
16
Why use a tent filter in path tracing?
8
Perspective Correct Texture Mapping
3
Texture Mapping jagged pixel edges
7
Eye Parallax Refraction
6
What is the difference in overlay and framebuffer?
5
Kaiser windowed sinc filter for mip mapping
1
How does the GPU know whether to magnify/minify?
1
What can be reduce in peripheral circle and increase in foveated cirle?