Here is the implementation of the psuedo angle

Here is were it have been used :

Do you have any idea of where this implementation is coming from mathematically ?

First, the expression dx / (math.Abs(dx) + math.Abs(dy)), can be seen as normalizing the vector in the 1-norm or taxicab norm as opposed to the usual Euclidean norm. In other words, it's projecting the vector onto the unit diamond: 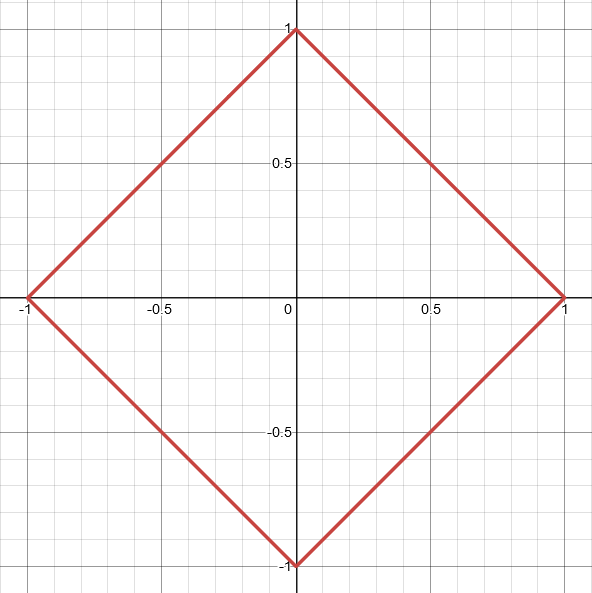 It is probably used because the system wants to sort vectors by their angle (or in this case, incorporate the angle in a hash apparently), but it doesn't need the actual Euclidean angle which would require an expensive atan2 function to calculate. It just needs something monotonically related to the angle but cheap to calculate, and this pseudo-angle fits the bill.

Not the answer you're looking for? Browse other questions tagged implementation or ask your own question.