"whiteness" in center of bright colored lights - what is it called?

When a source of colored light is very bright, it's center appears white. What is the term I need to look for so I can implement this in my shader? I have added an image which is an example of what I mean. Obviously there is also some bloom going on but that alone doesn't cut it. The search results for "opengl glow" don't seem vey promising either, that just gives me more bloom, not white centers.

I have thought about blending a white emission with the desired color like in this question/answer. However, as you can see that turns the emission pink, not red.

So what I'm really after is a tinted light, glowed, with high (color) contrast. 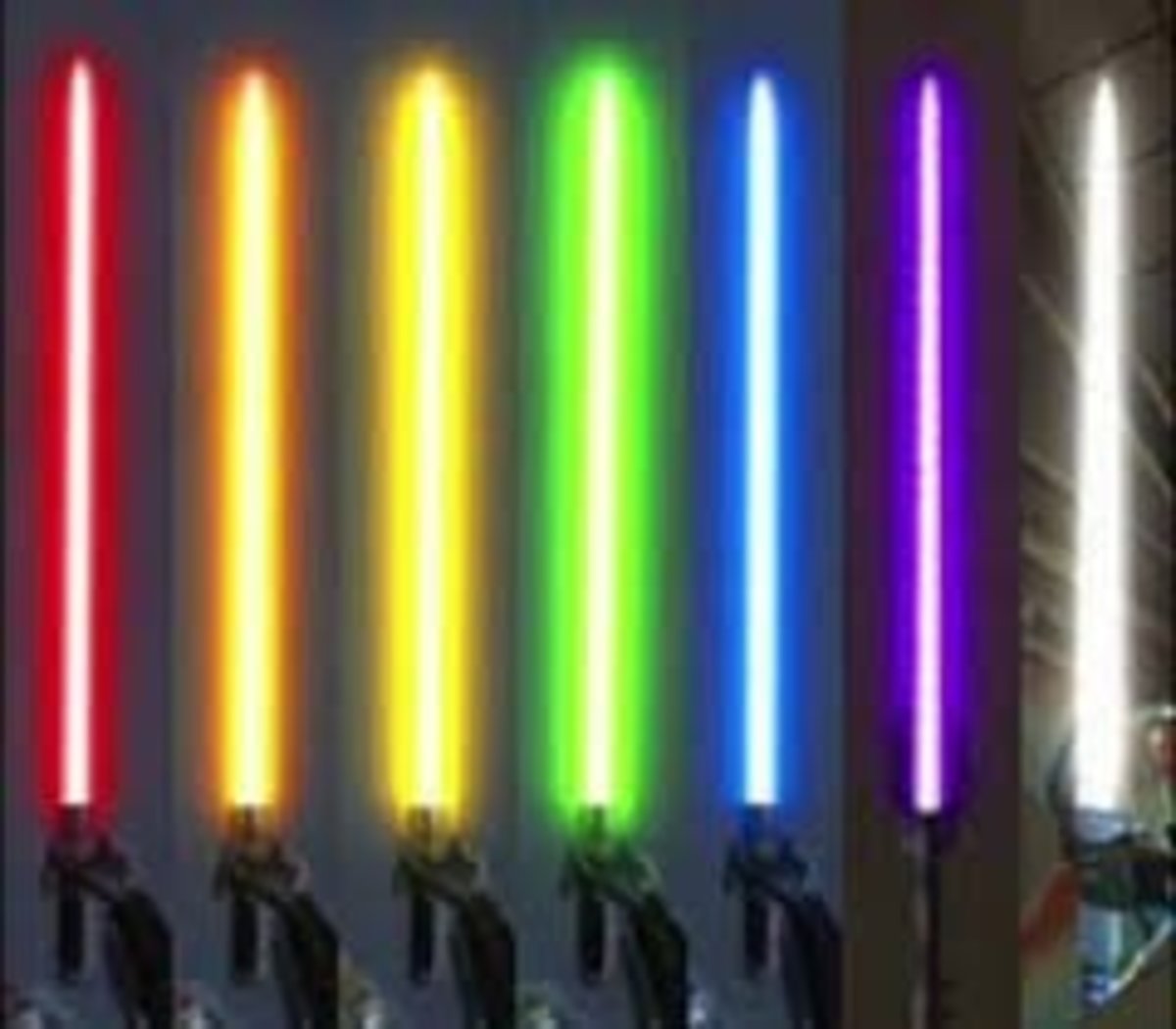 In general this is caused by HDR tone mapping. Tonemap curves typically decrease saturation as the input light gets brighter, so that very bright lights are rendered closer to white on the display. If bloom is rendered in HDR (prior to tonemapping) then the bloom around the light can still be highly saturated since it is of a lower intensity than the light itself, and so doesn't get desaturated by tonemapping as much.

You can see some good examples of this on the UE4 Color Grading and Filmic Tonemapper docs page. Unreal uses the ACES tone mapping curve, which is a pretty good default tone curve that you can easily hook up in your own shader code as well.

That said, lightsabers in Star Wars games are probably a special case visual effect that's tuned specifically to reproduce how they look in the movies. :)

[Disclaimer: I'm a hobbyist, not well-read in computer graphics techniques. I may be unfamiliar with common terminology or methods.]

It's possible to explain and reproduce this effect entirely in a “physically-based” manner, simulating the imperfections of physical objects:

These two effects combined mean that if we make an object bright enough, well past the point of “overexposing” the image, all colors will become perceptually white. All you need to do to implement this is:

A potential disadvantage of this technique is that, if the hue of the glow is not one of the six primary or secondary colors, then there will be a hue shift in the segment between where one color channel saturates and two do; it'll shift some amount towards cyan/magenta/yellow before proceeding to white. This is not unrealistic, but it might be unaesthetic.

Even if there is not a hue shift, the points where individual color channels saturate might be noticeable due to the sharp change in the spatial derivative; this could be improved by introducing a “soft clipping” nonlinearity that slows down the approach to the maximum value of each channel (which is a form of global tone mapping).

As an example of the results of this strategy, here is a simple simulation of a CRT oscilloscope trace that I programmed. The algorithm is: 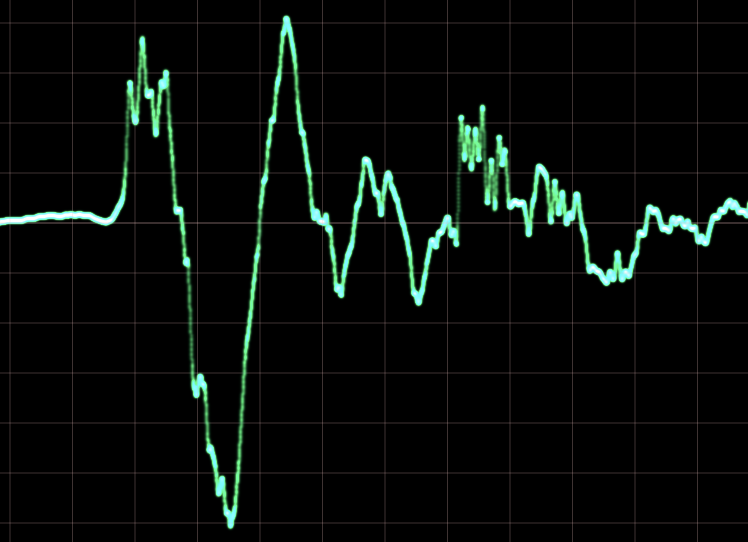 Notice that the dark areas (vertical lines) are mostly green and the bright areas (horizontal lines and peaks, where the simulated beam moves slower) have a white core.

Not the answer you're looking for? Browse other questions tagged lighting color brightness or ask your own question.

7
How do shaped lights work?
7
Multiple Lights Shading - One Pass vs Multiple Passes
5
Where are the highlight definitions inside of my shader?
7
Physically Based Area Lights
5
Calculate an equally bright grey to a linear RGB colour
7
Path Tracing With Multiple Lights
1
Non-point lights
2
Rendering equation for spherical lights