Ask Question
Asked 4 months ago
Active 2 months ago
Viewed 47 times
2
$\begingroup$
Closed. This question is off-topic. It is not currently accepting answers.

I'm trying to figure out this problem for very long time and am no getting nowhere. I'm working on a simple 3d modeler that uses half-edge data structure.

However in 3d this becomes a nightmare. If the same three triangles share the common vertex but have an arbitrary orientation in 3d space and are not coplanar. How can one possibly sort the half-edges?

I experimented with using the common vertex normal to construct a plane, and project all the half-edges around the vertex to that plane. After which we could sort them clockwise relative to the plane. But I've found this approach to have a lot of issues. And now I'm all out of ideas. 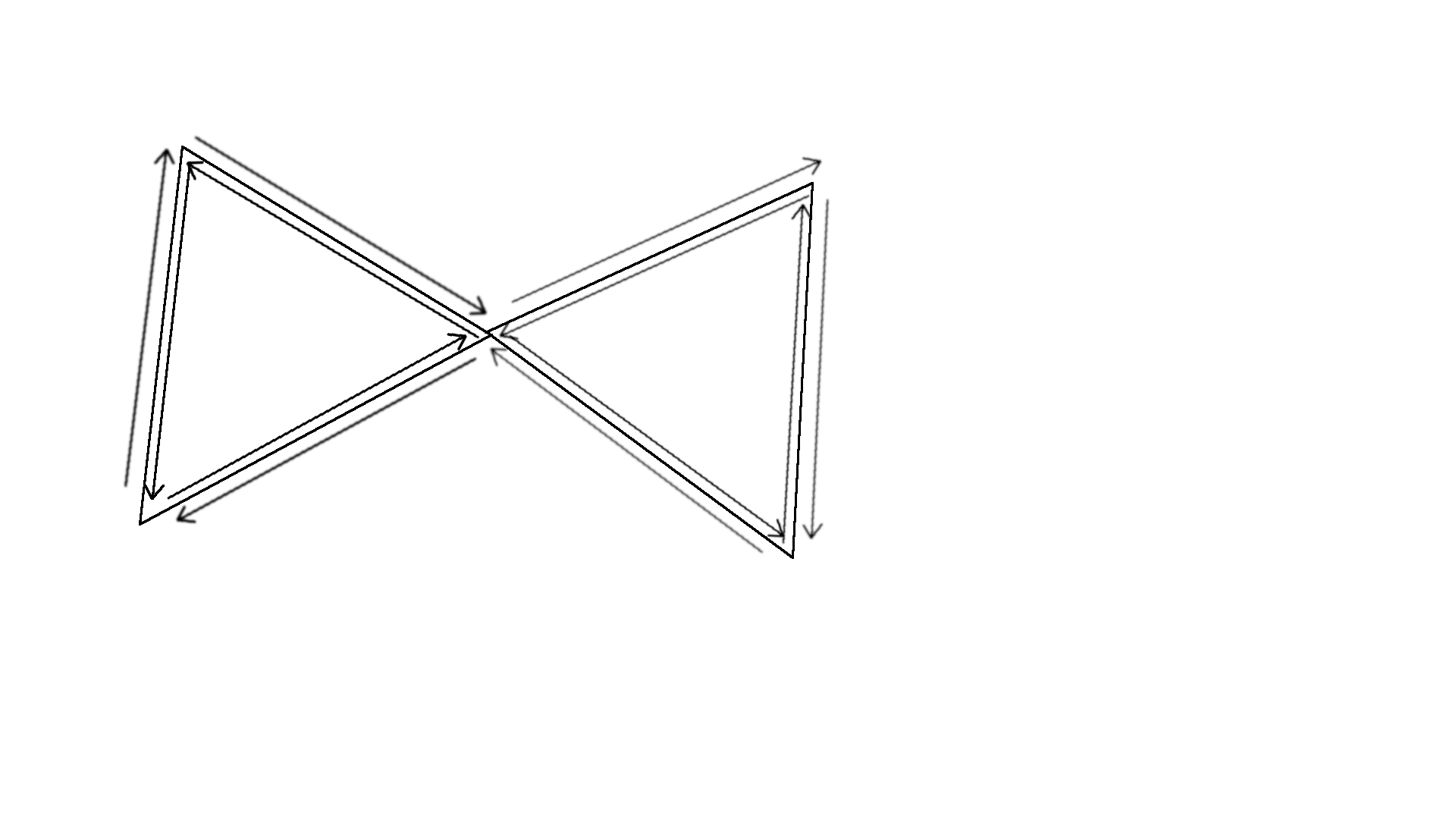 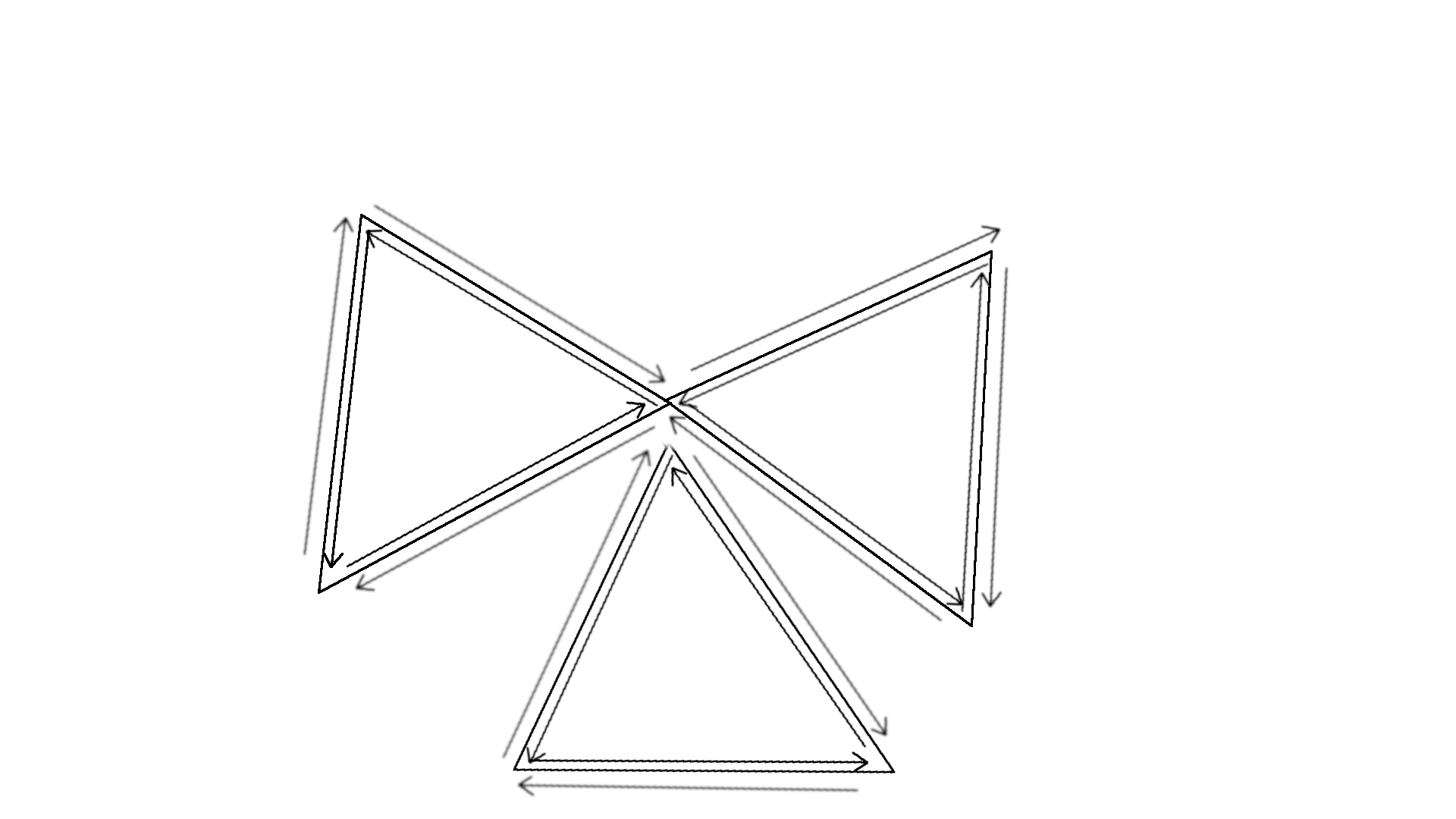 If projecting them onto the plane of the vertex normal doesn't do the job, I'm not sure what would. There isn't any unambiguous way to do this in 3D. Imagine the new triangle that you are on there joining is perpendicular to the existing two triangles? What would you want the answer to be in that case?

I suppose you could try "voting" by dotting the new triangle's normal with each of the existing triangle's normals. A positive dot is a vote to keep the current orientation, a negative dot is a vote to flip it. Maybe weight the votes by the triangles' areas, or their angles at that vertex. Of course you'd have to decide how to break ties, and this might just give you similar problems to the plane of the common vertex normal.

This would make more sense if you were constructing a new triangle that shared an edge with one of the existing triangles. Then you could copy the orientation from the triangle that it was joined to. I'm not sure what kind of 3D modeling operation you're doing that produces this situation, but if there's any way you can accomplish it by building things in terms of common edges rather than common vertices, you'll probably have a much better time.

Not the answer you're looking for? Browse other questions tagged geometry mesh or ask your own question.

4
Data structure and algorithm for clipping triangulation with leaf nodes of an octree
11
Programmatically generating vertex normals
11
How can I perform a triangle inside test in polygon meshes?
2
calculating size of rectangle which fully obscures a sphere
1
How to handle Half edge boundary edge iteration from vertex?
3
Algorithm for constructing doubly connected edge list in 3d