Corrupt values when writing and reading from the same RWTexture2D in HLSL/DirectX?

I'm playing around with DirectX 12 ray tracing, and I'm trying to read and write data to a 32-bit RGBA floating point RWTexture2DArray within a DirectX 12 HLSL shader. I'm getting weird corruption/noise when I read back values I've written to the texture.

I've bound the texture as a UAV, and in my shader I've tagged it with the "globallycoherent" like so:

I'm able to demonstrate the issue I'm seeing with a trivial bit of shader code:

Unfortunately, even with this trivial bit of code, when I read the values back they're often garbled. I've got a screenshot of the results, notice the weird, speckled noise in the output: 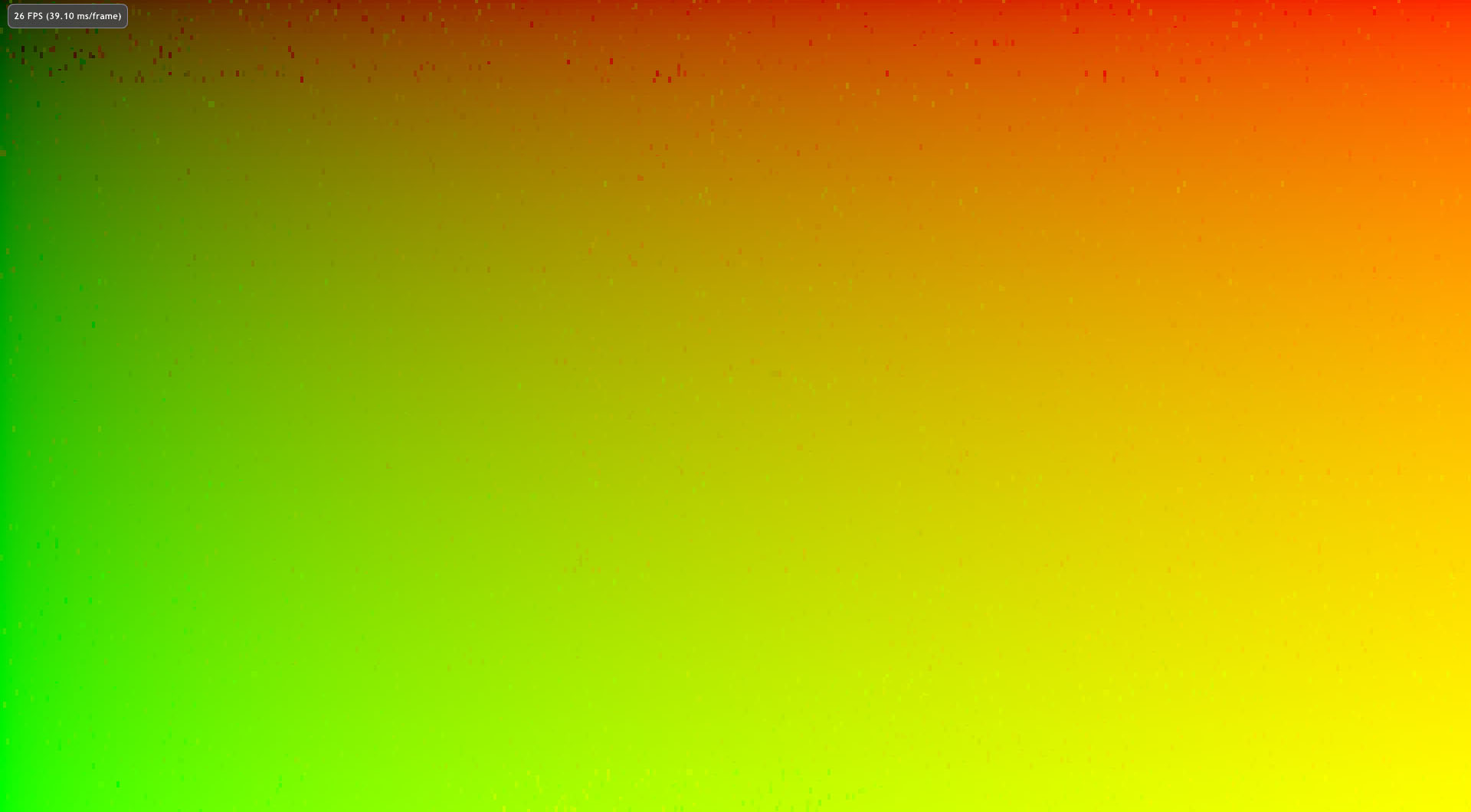 I'm relatively new to DirectX12/HLSL, and I have a feeling I'm likely missing something simple. I've consulted the Microsoft documentation, which states you can both read and write to a RWTexture2DArray, and I'm using the "globallycoherent" prefix as instructed.

I'm using NVidia Falcor as a wrapper for some DXR experiments, so it's possible either I've missed some specific configuration (or, there's a bug in their implementation). If you can think of anything I might have missed, or might not be understanding, I'd be very appreciative of your help! I'm trying to use an array of textures as a buffer to hold various data elements (positions, indexes, etc etc), so if there's an easier/better way, let me know!

19
Why is this conditional in my fragment shader so slow?
6
HLSL Deferred Rendering
5
In a shader, how to store fragment coordinates in a spatial partitioning from one pass to the next?
6
Is there a objective reason for matrix naming conventions?
4
Register pressure in Compute Shader
5
What happens to float values written to UNSIGNED_BYTE texture?
1
Writing data to a shader resource at runtime in DX12